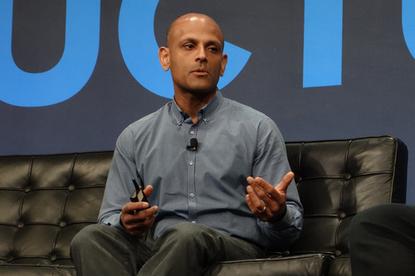 Facebook has taken networking into its own hands, building a switch to link servers inside its data centers, and wants to make the platform available to others.

The sprawling social network provider needs maximum flexibility to keep up with user growth and roll out new services, said Jay Parikh, the company's vice president of infrastructure engineering. He announced the switch, code-named Wedge, at the Gigaom Structure conference in San Francisco. Facebook had said in May of last year that it was working on a switch with the Open Compute Project (OCP).

Networking is the final element of its infrastructure that Facebook is tackling by itself and through OCP, having already built servers and storage. Though few companies have the resources available within Facebook, ultimately making the switch design available through OCP could rock a networking industry that is still dominated by Cisco and a few other makers of specialized gear.

The Wedge switch is a "top of rack" switch, the kind built into each rack of servers in a data center to link those servers to the rest of the infrastructure. It has 16 40-Gigabit Ethernet ports and can be expanded to 32 ports, Parikh said. Facebook built its own chassis -- painted Facebook blue -- that is optimized for cooling and can have dual AC or DC power supplies.

A commercially available networking ASIC (application-specific integrated circuit) powers the switching functions. But the heart of the platform is a micro server based on the Open Compute Project's "Group Hug" design, Parikh said.

"This is no longer a switch ... it is just another server," Parikh said.

Separating the software and the hardware of networking platforms is one of the principles behind software-defined networking (SDN), which is being implemented across the networking industry in various standards-based and proprietary ways. Facebook went beyond that concept, separating the various components of the software as well as of the hardware in the switch. That gives developers more freedom to innovate in the future, Parikh said.

When the OCP switch project was announced last year, Intel, Broadcom, VMware and software-defined networking startup Cumulus Networks were among the participants.

Facebook wants to free both its own engineers and others to innovate more quickly on networks to keep up with changing requirements, Parikh said. The company not only wants to reach billions more consumers who don't yet have Internet access, but also is expanding its focus beyond its traditional platform and into additional services such as Instagram, Messenger and WhatsApp, he said.

"We can't let our business slow down because we can't find the stuff that we need," Parikh said.