If you'd like to buy a Surface Pro 2 tablet, act fast: they're quite literally disappearing from Microsoft's site. 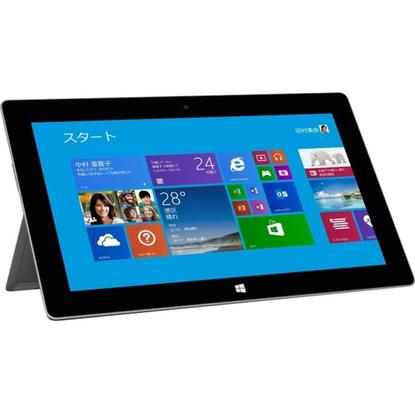 While you can still order the Surface Pro 2 directly from Microsoft, it's getting harder and harder to find.

That may not be literally true, of course. But if you're browsing Microsoft's online store it is. Behind the scenes, however, Microsoft is selling the Surface Pro 2, and at a discounted price.

Microsoft announced the next-generation Surface Pro 3 tablet last month in New York City, complete with a new docking station, the price of which has yet to be announced. Microsoft doesn't appear to have dramatically changed its shipping plans, as previously reported--the low-end $799 Core i3 model of Microsoft's Surface Pro 3 will ship on August 31. But the Core i5 models officially have slipped a bit; on the Web site, Microsoft's Core i5, 128GB Surface Pro 3 will ship on June 30, not June 20.

But while you can still order the Surface Pro 2 directly from Microsoft, it's getting harder and harder to find.

Say what you will about the price in comparison to other tablets and notebooks in the category: PCWorld gave the Surface Pro 3 four out of five stars for its larger display, an improved Type Cover with improved stability, and the ability to quickly take notes using the new Surface stylus.