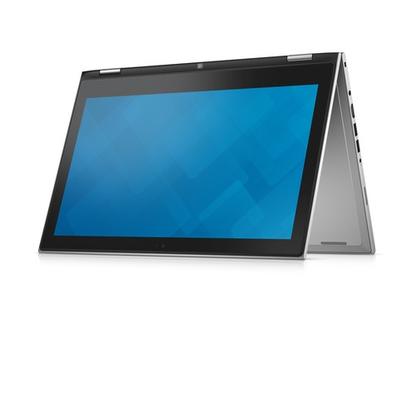 The Linux-based Ubuntu OS is finding its way into tablets with Dell's latest Inspiron hybrids, which can function as tablets and laptops.

The hybrids turn from laptops into tablets when the screen is rotated 360 degrees, much like Lenovo's Yoga, which pioneered the design. Dell announced the 19.4-millimeter thick hybrids at the Computex trade show in Taipei on Monday.

However the viability of Ubuntu as a tablet OS remains in question, especially when compared to Apple's iOS, Google's Android and Microsoft's Windows 8. The latest Ubuntu 14.04 LTS is the first version of the OS that has an interface for desktops and tablets in a single package, much like Windows 8. Users can select a desktop interface or a touch UI called Unity 8 for tablets.

The Inspiron 11 is based on the low-end Celeron and Pentium processors, which are based on the Bay Trail architecture. The hybrid weighs roughly 1.39 kilograms, and offers around eight hours of battery life. The screen can display images at a 1366 x 768 pixel resolution, which is standard in most budget laptops and hybrids today. It has one USB 3.0 port, a 500GB hard drive and 4GB of memory.

The Inspiron 13 has faster chip options with Intel's Core i3 and i5 processors based on the latest Haswell microarchitecture. It is 1.66 kilograms, and is available with an optional high-definition screen that can display images at a 1920 x 1080 pixel resolution. The PC has two USB 3.0 ports, a 500GB hard drive and up to 8GB of memory.