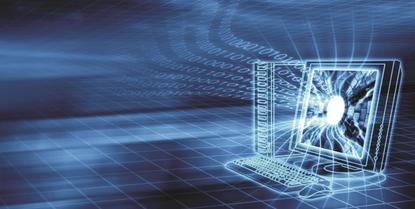 Nutanix is focusing its 12-month roadmap on capitalising on Citrix’s virtual desktop infrastructure (VDI) footprint in Australia and New Zealand (A/NZ), with the vendor intent on scouting and converting customers using legacy hardware.

According to Nutanix A/NZ managing director, Wayne Neich, Citrix’s VDI technology is utilised in about 80 per cent of the top 300 companies, and while these customers are satisfied with their VDI, they remain unhappy with the infrastructure by which it is supported. Nutanix wants to be the go-to once these customers pursue a refresh.

When it launched in Australia just under a year ago, Nutanix did something similar with VMware. It worked with its channel partners, including the likes of Sydney-based infrastructure services provider, BEarena, to “meddle with a tremendous amount of systems.”

Citrix became the next target due to the scale of its install base.

“We see the biggest customers with the oldest infrastructure as those using Citrix VDI,” Neich said.

“Some have been using Citrix for more than 10 years. The problems they run into tend to be performance, scalability, and cost.”

“Customers get a lot of complaints from users, as well as chief financial officers (CFOs) who don’t see value from the money they have thrown at storage and compute.”

Neich told ARN the first step is getting access to Citrix’s channel. He revealed that Nutanix is “absolutely committed to building a Citrix channel in A/NZ very rapidly” but did not disclose by which means the vendor intends to do so.

In the meantime, Nutanix is “simply going around and finding the most unhappy customers,” drawing on the operational expenditure (opex) proposition and its modular deployment approach to steer customers of legacy hardware away from capital expenditure (capex) based storage investments.

Nutanix currently has 70 customers in A/NZ. The vendor aims to have 200 customers under its belt by the conclusion of its 2015 fiscal year which ends on July 31 next year.

The company is preparing the launch of a new version of its software-based product. New features include block awareness that promises consistency across multiple blocks to ensure data is not on a single node, and data de-duplication for the capacity tier for storage savings.

“Ultimately, we want to be the solution for the private Cloud by have the same capabilities as public Clouds in terms of serviceability and availability,” Nutanix global technical alliances director, Andre Leibovici, said.

Leibovici revealed that Nutanix is “looking into hybrid Cloud” but did not comment further.

Nutanix’s A/NZ distributor is WhiteGold Solutions which was hired in August 2013.

WhiteGold commercial director, Leigh Howard, said that to date, he has “never seen a technology that has attracted so much interest and excitement at the end user and channel levels” as Nutanix has received, which consequently has led to a financial boom for the distributor.