Cisco's Nick Earle: InterCloud via the channel will be the Cloud to rule them all 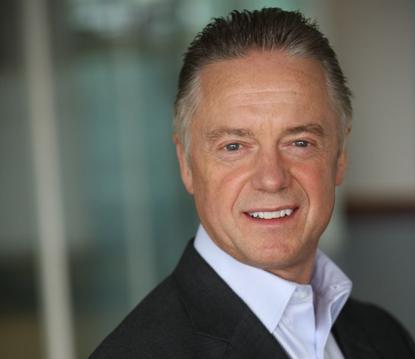 Nick Earle is Cisco's senior vice-president of global Cloud sales and go to market, and is overseeing the InterCloud project. With nearly 30 years of experience, Earle has held a number of senior positions in the industry, including CEO at StreamServe and president of EMEA Operations at Ariba. He spent 18 years at HP, where he was Chief Marketing Officer for HP's enterprise computing business. He also served as President of HP's Internet business.

Earle stopped by ARN’s offices in Sydney to give us a Channel update on Cisco’s next big project, InterCloud, which is Cisco’s attempt to build an international hybrid Cloud service that will rival Azure, AWS and Google. Cisco has announced that it will invest $1bn across the next two years on the project, and signed Telstra as its world first partner. It is expected to come online near the end of 2014.

It also gives the company the opportunity to sell through its ‘SDN-by-another-name’ hardware to the market, which if successful, could flow through with sales benefits to the Channel.

Let’s start with why Cisco has finally come to the Cloud table, and why you have chosen a hybrid model?

We started by putting some software on our customers’ networks that managed where workloads were going. We used to say to customers, ‘do you actually know how much you’re spending on public Cloud?’ Most said, ‘We don’t use public Cloud much.’ So we tested them.

It turns out there was actually a massive underestimation of how much public Cloud is used, by a factor of ten. That’s from a workload perspective. And probably a factor of five in terms of the number of Clouds.

We had crazy situations where we found pharmaceutical companies where the R&D engineers were so frustrated with ITs failure to deliver to them the same tools that they’d had on their personal devices, that they were all using Dropbox, Amazon and Skype.

We found that its eight years of product R&D pipeline – which for a drug company is the entire business - was in a public Cloud, completely unencrypted.

That’s a common story we hear in the channel, we call it Credit Card Cloud.

Correct, it is credit card Cloud. It’s that transactional pricing, it never goes through the company’s finance system, and it doesn’t go through the IT department. And these transactions are happening everywhere.

The IT industry over the past 30 years has been selling products of increasing complexity to users, and users have problems of managing it. It’s why you now have such massive IT departments.

Basically what users are now saying to vendors is: Firstly, your complexity is not my problem. I’m not going to pay for it. Secondly, I want solutions packaged as a business outcome, not a set of features.

Thirdly, I’ll only pay for it as I consume it. And fourthly, I’m not actually in the IT department. We have got to react to that.

We now estimate that 30-40 per cent of all IT is actually ‘hidden IT’. Which is worrying when we’re seeing these massive security breaches.

It’s an interesting new problem, because as we saw with major breaches both here and overseas, especially Target, insecure infrastructure appears to be the problem...

Target is a good example. It was using a well-known public Cloud for their credit card details. Interestingly, it was the CEO that lost the job, not the CTO or CIO.

Cloud vendors are collapsing the price of IT, making it easy to consume, and the marketing message is great for CEOs. But when you look at it from the end users point of view, CTOs/CIOs are being bypassed. They’re becoming the guardians of the legacy hardware.

The actual users are all off to Cloud land, and IT are becoming dinosaurs. Yet they’re still on the hook for the security, and the compliance.

So where does Cisco step in?

What is really needed in the ability to have secure, compliant workload portability between multiple Clouds.

Beyond security, lots of legislation being passed around the world where data actually has to be physically resident in the country, and actually operated by a company that is registered as a local company. Those kinds of laws are being replicated all over the place.

We took a look at Cloud and said, ‘Hey, we’ve got 62,000 channel partners here, what if we could create something that could actually be federated, or adopted by the majority of our channel partners?’

It’s similar to the airlines with Star Alliance, which shares passengers between airlines. We put a common catalogue on top of it, so that you would get the benefit of everyone who puts services in, and then you could sell these services in a single marketplace, running on a network of Clouds, that all had the same policy management.

Workloads can be federated, or brokered across the InterCloud. So you have true workload portability.

InterCloud has an identical architecture, based on Openstack, across all of the nodes.

Some of our biggest partners will become core providers of these services.

So how do you compete with Amazon Web Services then?

That idea that you can spend billions of dollars without a return, because you’re cross funded by Wall Street, is in a honeymoon period right now. That idea that it’s okay to lose money, because ‘we’re being rewarded with share price growth’. That’s a subsidised model. The problem with that model is that you can never go fast enough building out your own datacentres.

The day after we announced InterCloud, Amazon dropped their prices by 40 per cent. Nobody makes money reselling amazon. Amazon doesn’t make money when reselling Amazon.

InterCloud is differentiated in terms of scale. It’s truly partner centric, which if you compare to AWS, it isn’t. The second differentiation, is from a technology point of view, is we’re making the whole network programmable, through our ACI (application centric infrastructure).

Isn’t this just Software Defined Networking (SDN) by another name?

Well, we’re going to open up the entire stack to be programmable. Not just the software layer, but the hardware layer, right down to the ASIC. (Application Specific Integrated Circuit)

Once the infrastructure becomes programmable, that means you can collapse the cost of operating a network, and at the same time offer a differentiated application performance, so for the very first time you can have SAP-as-a-service, for example. The network can dynamically program the quality of service within an application.

The network will dynamically change to suit the usage.

Won’t the channel be worried that, with partnerships such as Telstra, which also operates as a reseller, that you could go direct to market, cutting them out?

What we’re attempting to do is to bring our channel partners into the mix. They have seen their margins erode, they’ve seen single digit growth on hardware, it’s been tough.

We still believe that Cloud is going to be delivered in vertical format, so you still need that local industry expertise, but what you’re delivering is going to be a collection of managed services that together that represent a solution.

What kind of incentives are going to be offered to get them on board?

InterCloud will also offer white labelling, so resellers can put their own stamp on it. We’re still working out the details, but we will be doing something similar to ‘Intel Inside’ badging, except it will be ‘powered by Cisco InterCloud’ or something similar.

We know that for this to be partner-centric, the Channel needs incentives to sell third party services they don’t own – else it all gets commoditised.

We are currently developing our certifications for our incentives programs.

We want to focus on quality of service, not quantity, so that is the focus at this stage.

The model we’re looking at is, firstly, you can get X dollars for winning customers for a managed service. But you will also get rebates for the initial connection, and then you get incremental rebates based on how much the end user uses of the service going forward.

What other incentives are there for the Channel? Are you worried that this will cannibalise Cisco hardware sales?

The aforementioned programmability of the network is only available if it’s refreshed to the latest technology. So in the case of Telstra, for it to sell managed services out to the Australian market, it is also having to invest in a major refresh of the core network so it’s programmable.

So actually, yes, we the get managed services, annuity and an expansion, but we also get more capex hardware sales.

We think that dynamic is going to appeal more to small-medium and large enterprises. And if that’s true, then the resellers will actually sell more of what’s on the truck today, as well as get future rebates through analytics. That would be the holy grail for us.

So if Cloud sells more, we get more hardware product pull through – that’s a great model.

That’s a very ambitious goal, what has the reaction been from your partners so far?

So far, its early days, but its proving true with the people that we have signed.

There is $18 billion dollars of end of life equipment that sitting out there in the Cisco install base. And we haven’t had a compelling reason for people to upgrade that, because it just works. We joke that this stuff is just too damn reliable.

We think InterCloud will trigger a very significant refresh of the install base, and we think this will have a very strong flow through the channel.

So who have you signed up so far?

[update : Cisco has also added Dimension Data since this interview was conducted.]

What’s the long game for InterCloud then, where do you see it going?

What’s being played out now is a sideshow for where Cloud will be. We believe this will be an enablement platform for the ‘Internet of everything’. We define this as people, process, analytics and things.

We looked at business processes and looked at how they could be more efficient. We see the Internet of Everything as a $19.2 trillion opportunity. Not in terms of total addressable market, but in terms of the profit at risk. That is, the people who reach out to IoE, and their profit, versus those that don’t.

The business model will become around the monetisation of information at the edge of the network.

Currently, 99.8 per cent of the things that will be connected are not connected. So there’s huge opportunity there, and we think InterCloud will take us there.

Allan Swann is the Editor of ARN, published by IDG Communications Australia. Follow Allan on Twitter @allanswann, and at Google+.