Salesforce.com takes a cue from Amazon's Mayday with 'SOS' for service 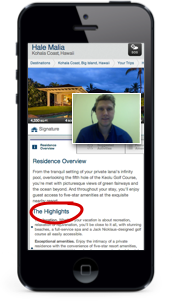 Salesforce.com was so impressed by the Mayday customer support feature that Amazon.com rolled out for its Kindle Fire HDX tablets that it's now working to create its own version.

Mayday allows HDX users who find themselves stumped to simply touch a button and be connected to a support representative via video chat. The upcoming Salesforce1 Service Cloud SOS provides an SDK (software development kit) that companies can use to embed a similar button into any native iOS or Android mobile application, said Larry Robinson, vice president of product management.

Companies using SOS, however, would have to be subscribers to Salesforce's Service Cloud customer-service software.

The integration provides an added benefit, since representatives who answer an SOS call will have the customer's history of interactions in front of them, pulled from the Service Cloud system, Robinson said.

The SOS button can be "dynamic," meaning companies can set parameters on when it's active, he said.

For example, the button could automatically be turned off if no support agents are available at a certain time. Alternatively, it's possible to set a threshold, such as keeping a button active if the expected wait time is less than a minute.

Companies could also choose to make the SOS button available depending on the customer and situation. For example, an online retailer might restrict its availability to shoppers whose carts contain more than US$1,000 in purchases.

SOS's video feed is purposely low-bandwidth to ensure it will work on both 3G and 4G networks, Robinson said.

Beyond video and audio, SOS will also allow service representatives to annotate customers' device screens, such as by circling a key piece of data on a support web page.

Pricing for SOS has not been finalized. A beta is planned for June with a general availability launch early next year, according to Robinson.