Android, not iOS, is tops in mobile ad traffic for first time 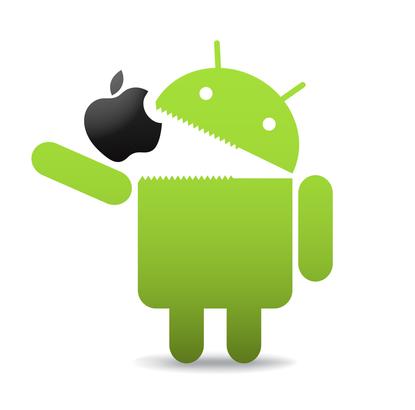 Devices running Google's Android operating system have dethroned Apple's iPhones and iPads as the biggest drivers of worldwide mobile ad traffic, according to a new study from Opera Mediaworks.

Almost 43% of all mobile ad impressions came from an Android device in the first quarter of 2014, the latest State of Mobile Advertising report found. That compares to about 38% for iOS, 5.8% for Symbian, 1.14% for BlackBerry, and 0.18% for Windows Phone. (The other 11.84% came from minor operating systems.)

Apple's idevices are still more profitable, however iPhones and iPads between them accounted for more than 52% of mobile monetization in the quarter, according to the study.

About 60% of impressions served to Android devices went to Samsung-built smartphones, Opera found. Competitors like LG, Motorola and HTC trailed badly, at 11%, 5.7% and 3.3%, respectively.

The study tracked statistics provided by Opera's mobile advertising platform, which, the company said, serves 64 billion impressions per month, to half a billion global users.

The type of app involved made a clear difference in term of ROI and impression rates. Social media saw the most impressions served, at roughly 27% of the overall total, but apps in the "arts and entertainment" category drove the most revenue, at about 17%. Music and video apps, sports apps, and social media were also major revenue drivers.

The U.S. drove a little more than half of the world's mobile ad impressions during the quarter, followed by Asia at just under 23% and Europe at 13%.

Android's growth in mobile advertising numbers mirrors the platform's increasing market share dominance, having long since surpassed iOS in terms of sales nearly four out of five smartphones sold around the globe in the fourth quarter of 2014 were Androids, according to IDC.