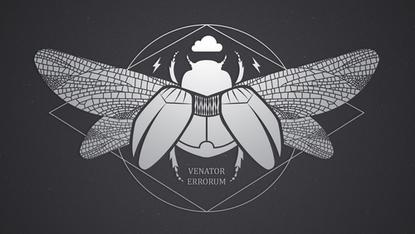 CloudFlare has started a bug bounty program, joining a host of companies that are turning to independent security researchers to spot bugs in their network.

Companies including Facebook, Google and Yahoo offer up to thousands of dollars in rewards for finding software vulnerabilities, based on how potentially damaging they are.

Earlier this year, Facebook awarded its highest bounty yet of US$33,500 to an engineer in Brazil for finding an error that could have allowed access to almost any file on Facebook's servers.

CloudFlare isn't giving monetary awards. Instead, it created what it describes as an exclusive t-shirt with an emblem of a bug over the phrase "Venator Erroru," which roughly means bug hunter.

Bug hunters over 18 also get either 12 months of CloudFlare's "Pro" service for their domain or one month of its business service. Researchers will also be named on CloudFlare's "Hall of Fame" page.

"We appreciate the work that security researchers worldwide have done in helping us build a better Internet, and we want to make it even easier for them to collaborate with us," wrote Jamie Tomasello, who works on policy and investigations at CloudFlare.

CloudFlare's less generous reward might run the risk of a backlash from bounty hunters, who may opt to spend their time on sites with large potential payouts.

Yahoo stopped giving t-shirts as a reward in October after it received a drubbing from a company that found four serious vulnerabilities. It now pays rewards ranging from $150 to $15,000 for vulnerabilities.

CloudFlare is using the HackerOne platform for accepting bug reports. The program intends to find bugs in its "cloudflare.com and ".stopthehacker.com" domains. CloudFlare acquired StoptheHacker, a malware scanning service, in February.

In February, Google upped the payments for its Patch Rewards Program, which is focused on improving widely used open source code programs.

The company's program includes OpenSSL, the cryptographic library that contained a critical coding flow known as "Heartbleed" that touched off a large scale effort to patch following its disclosure on April 7.