"Mutual decision" made as part of managerial restructure 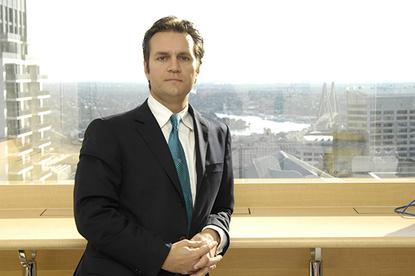 The Virtual Computing Environment Company (VCE) has confirmed to ARN that Asia-Pacific and Japan (APJ) vice-president, Paul Harapin, is no longer with the company.

According to a statement from the integrator, Harapin's departure is the consequence of a managerial restructure, but it also claims the outcome was mutual.

"In order to better capitalise on the growing opportunity in the region, VCE is adopting a new management structure in APJ that is highly focused on specific markets including A/NZ, ASEAN, and Japan, as well as regional service providers and system integrators.

"As part of this reorganisation, Paul Harapin and VCE have come to a mutual decision to part ways."

Harapin joined VCE in July 2012. As vice-president of VCE's APJ operations he was in charge of expanding its footprint across A/NZ and Singapore, and growing into emerging markets throughout the region.

Prior, he spent more than seven years with VMware, where he was most recently APJ business development and Cloud vice-president for about one year, before which he led its A/NZ and South Pacific operations as vice-president and managing director.

Harapin has also been an advisory board member of FFITS.org since August 2008, and served as chairman of National Adoption Awareness Week from January 2008 until March last year.