But Google's modular smartphone architecture is at best a long shot, according to an analyst 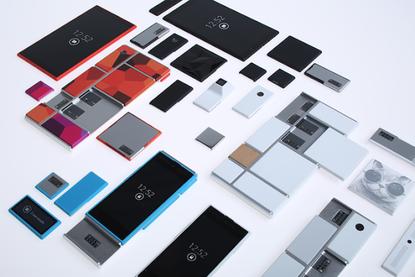 Google is pushing to realize its vision of modular smartphones with a conference this week that will give developers a closer look at its Project Ara.

Modular smartphones would allow users to upgrade aspects of the device such as the camera or processor, instead of buying a new device every two or three years. Google showed its commitment to that idea when it sold Motorola Mobility to Lenovo but held on to the Advanced Technology and Projects (ATAP) group that works on Project Ara.

On Tuesday and Wednesday, the Project Ara developer conference will get underway at the Computer History Museum in Mountain View, California, with some of the proceedings also available online. The main goals are to show the value of the Ara platform and get developer feedback on the MDK (module developers kit) released last week.

On Tuesday, participants will get a detailed walk-through of the MDK, Ara's industrial and mechanical design, as well as the power system, network stack and software. Google also plans to spend 15 minutes explaining its licensing plans at the end of the day.

The modules are the basic building block of the Ara architecture, and they are attached to what Google calls an endoskeleton using electro-permanent magnets.

The skeleton functions as the frame and backplane of the device, determining the size and layout of the phone. The MDK details three sizes: mini, medium and large, with different module configurations for each. They are roughly 100, 120 and 140 millimeters long and 40, 60 and 80 millimeters wide.

The modules communicate via the skeleton using MIPI UniPort-M, a technology designed for chip-to-chip communication on mobile devices. Jürgen Urban, who chairs the UniPro Working Group at MIPI Alliance, will give the network stack presentation on Tuesday, he said.

"I will be talking about the basic principles, how things work and why our technology is a good choice for modular phones," Urban said.

UniPort-M and its UniPro transport layer are a good fit for Ara because the modules can communicate with each other using point-to-point connections over one shared physical channel, which saves space. The technology is also very scalable, according to Urban.

While modular smartphones are interesting in theory, in the real world, they stand little chance of success, according to Francisco Jeronimo, research director for European mobile devices at IDC.

"It is a very long shot, because most vendors want to differentiate by designing and deciding what components to have in their handsets," Jeronimo said.

Also, letting users choose between different combinations of components would make the testing vendors do to ensure they all work well together much more difficult, he said.

The developer conference is the first in a series of three events planned for this year, and Google also intends to put out a series of alpha and beta MDK releases, according to the Ara website.