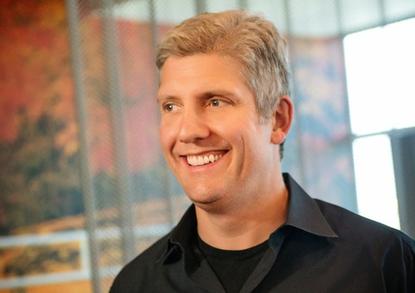 Rick Osterloh has been promoted to president and chief operating officer of Motorola Mobility, the Google business unit that is being acquired by Lenovo.

Osterloh, who was previously senior vice president of product management, has frequently been the face of the company at product announcements. He will report to Google's Motorola operating board until the Lenovo acquisition is complete, Motorola said in a blog entry, "A Moto insider to lead us forward." Former Motorola Mobility CEO Dennis Woodside became chief operating officer of Dropbox in February, leaving a gap at the top that Osterloh will fill.

"He is a trusted, proven leader. We're confident in his ability to not only manage a smooth transition at Motorola from Google to Lenovo but also to lead the business forward for continued growth," said Liu Jun, executive vice president of the Mobile Business Group at Lenovo, in an emailed statement.

Osterloh started at Motorola seven years ago when it acquired Good Technology, where he was vice president of product and marketing, but left in June 2010 for a job overseeing product design at Skype, which was bought by Microsoft in late 2011. He returned to Motorola Mobility in July 2012.

"Since his return, Rick's had a key role in the company's reinvigoration. He's been a guiding visionary on the entire product front and a passionate advocate for our philosophy to focus everything we do on the consumer experience," Motorola wrote in the blog.