The announcement comes after days of backlash 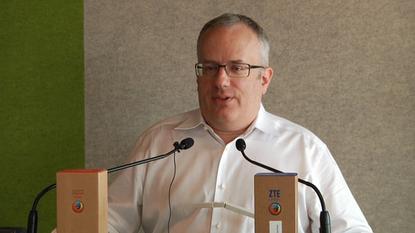 Brendan Eich has resigned as CEO of Mozilla and left the board of the foundation that governs the nonprofit company after days of controversy over his support of California's anti-gay marriage law in 2008.

The company announced his resignation on its blog Thursday in a statement signed by Executive Chairwoman Mitchell Baker. "Mozilla prides itself on being held to a different standard and, this past week, we didn't live up to it. We know why people are hurt and angry, and they are right: it's because we haven't stayed true to ourselves," the statement said. "We didn't act like you'd expect Mozilla to act. We didn't move fast enough to engage with people once the controversy started. We're sorry. We must do better."

Eich, who created JavaScript and also co-founded the Mozilla Corporation, was named CEO March 24. Soon after, controversy erupted over his US$1,000 donation to support Proposition 8, which was passed by California voters in November 2008. Some Mozilla employees publicly called for his resignation, as did the dating site OKCupid.

Eich refused to discuss his personal views and said that he would not resign in an interview published Wednesday by the Guardian newspaper. "So I don't want to talk about my personal beliefs because I kept them out of Mozilla all these 15 years we've been going," he was quoted as saying. "I don't believe they're relevant."

The company did not say more about who might be chosen to replace Eich. The company could not be immediately reached for additional comment.