Amazon counters Google with its own Cloud price cuts 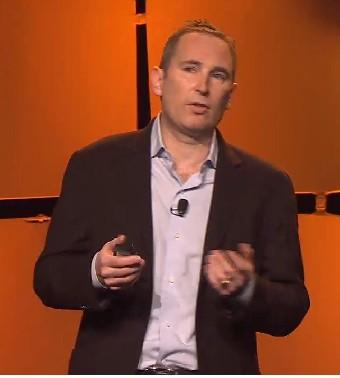 The price war among major cloud providers continues, with Amazon Web Services announcing Wednesday that it is lowering the prices of a number of its cloud services, one day after Google slashed prices.

Amazon Web Services Senior Vice President Andy Jassy downplayed any idea that the price cuts were competitive in nature, however.

The round of price cuts, which take effect Tuesday, will be the 42nd for the company since its launch eight years ago, he said.

"Lowering prices is not new for us. It is something we do on a regular basis. Whenever we can take costs out of our own cost structure, we give them back to our customers in the form of lower prices. We should expect us to continue to do this periodically," Jassy said, speaking at the Wednesday at the AWS Summit in San Francisco.

On Tuesday, Google announced Google Compute Engine (GCE) would now cost, on average, 32 percent less. Google Storage was been cut, on average, by 68 percent. Google BigQuery on-demand analysis services were reduced, price-wise, by up to 85 percent.

While Jassy downplayed any competitive price pressures from Google, Microsoft Azure or an increasing number of other cloud providers, he did take the opportunity to make the case of using public clouds over private clouds, in which an organization sets up an in-house cloud service for its operations.

The continual cloud price cuts make it hard to justify continuing to run in-house operations, which would be far more expensive, both in terms of hardware costs and maintenance costs, Jassy argued.

Jassy cited a number of enterprises and Internet services that have moved operations to the AWS cloud, including Nintendo, Netflix, AirBnB, NASA, Pinterest and ERP (enterprise resource planning) service provider Infor, which is shifting many of its services over to AWS.

The new S3 prices are slightly higher for other Asia-Pacific data centers and for South American customers. The price drops through several tier levels depending on how much is stored.

With AWS EC2, a m3.medium Linux compute instance run from the company's northern Virginia data center, with 1 virtual CPU and 3.75 gibibytes (a gibibyte is a binary multiple of a byte), will cost $0.07 per hour starting Tuesday. The new prices for accessing GCE in California and other parts of the world will be slightly higher.

For the AWS RDS service, a single medium instance of MySQL, known as a db.m3.medium, will cost $0.095 per hour, when run from the northern Virginia Amazon data center. Currently, it costs $0.150 per hour.

At the summit, AWS also announced a number of new technologies. Amazon WorkSpaces, a virtual desktop service announced at the AWS re:Invent conference last November, is now generally available. It also has launched new functionality that will allow an organization to establish a peering connection between two virtual private clouds within AWS.

The company is refreshing the HS1 line of storage-intensive EC2 nodes. The new HS1 instances, which will debut within a few weeks, will support twice as many virtual CPU threads and will also boost the throughput from 2.6Gbps to 3.6Gbps. The company is also introduced a line of memory-intensive EC2 node, called R3s. This line will feature an 8-to-1 ratio of memory to CPU, allowing up to 244GB of RAM per instance.