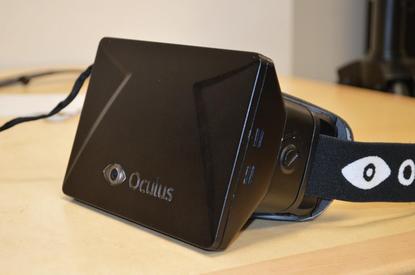 Facebook has reached a surprise deal to buy Oculus VR, developer of the Oculus Rift virtual-reality headset, for about $US2 billion, according to the social network.

The announcement puts Facebook into one of the most-talked-about new markets this year. Sony has also made moves into virtual reality lately, as has Google with its Project Tango.

Facebook said it has signed an agreement to buy Oculus for $US400 million in cash and 23.1 million shares of Facebook stock, worth about $US1.6 billion. It expects the deal to close by midyear.

"Mobile is the platform of today, and now we're also getting ready for the platforms of tomorrow," Facebook CEO Mark Zuckerberg said in a statement. "Oculus has the chance to create the most social platform ever, and change the way we work, play and communicate."

Oculus has built a strong interest among software developers, with about 75,000 orders placed for the developer kit for its Oculus Rift headset.

The applications for virtual reality are just emerging, Facebook noted, and with Oculus it plans to tackle areas such as communications, media and entertainment, and education.

"Virtual reality technology is a strong candidate to emerge as the next social and communications platform," it said.

Oculus will keep its headquarters in Irvine, California, and continue developing Oculus Rift.

It's Facebook's second big acquisition of the year. Last month it said it would buy the WhatsApp messaging app for as much as $US19 billion.