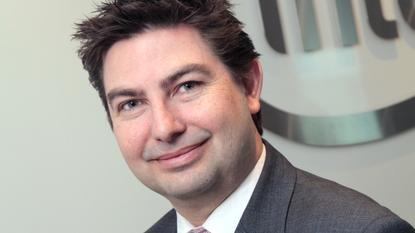 Intel is continuing its fight for slate market share with the appointment of Daniel Anderson to the newly-created position of tablet marketing manager for Australia and New Zealand (A/NZ).

Anderson’s responsibilities will stretch across the promotion of Intel-based tablets across both business and consumer segments.

“Dan’s new role is a reflection of our commitment to growing our share of the tablet market in A/NZ,” Intel A/NZ national marketing manager, Danielle Watts, said.

“His role will primarily be focused on identifying marketing opportunities for Intel and our customers that promote the benefits of Intel-based tablets.”

Anderson joined Intel A/NZ in 2002 and has held various marketing roles within the company.

His appointment follows the hire of Intel A/NZ tablet category manager, Corey Loehr, who started in the role in early February.

As boss of the product category, Loehr is in charge of developing the business through all levels of Intel’s customer base, ranging from hardware manufacturers through to channel resellers and end users.

At the time of Loehr’s appointment, Intel A/NZ managing director, Kate Burleigh, said, “There’s a temptation to treat the tablet category just like the PC category, but in reality it is quite different.”

“We have aggressive plans to grow the penetration of Intel-baed tablets in A/NZ which has led to the creation of [Loehr’s] dedicated role.”