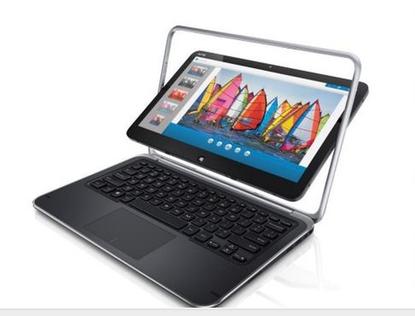 Dell has admitted that some of its XPS 12 convertible laptops have "burn-in" issues with the display and is offering to replace affected screens for free, even on systems that are out of warranty.

Users have been reporting that images burn into the screen and take a moment to disappear on both the latest XPS 12, which shipped last year, and its predecessor, which shipped in 2012.

Complaints about the problem have been mounting in Dell forums.

Dell acknowledged the issue and is now replacing screens on affected laptops.

"This image retention does not affect the lifetime performance of the LCD display. Dell is replacing the displays for affected customers," spokeswoman Ellen Murphy said via email.

That includes systems that are outside their warranty period, Murphy said. XPS 12 users experiencing the problem should contact Dell technical support.

The XPS 12 has a 12.5-inch screen that can be rotated within its display panel to turn the laptop into a tablet. It's a unique design that has not been replicated by other PC makers.

Dell buys special panels for the laptop from LCD makers. It said it had isolated the problem and is receiving replacement panels.

Some other laptops, including Lenovo's ThinkPad X220, have also had burn-in issues. Common causes include a charge build-up and the temporary migration of impurities within the liquid crystal, which dissipate over time.