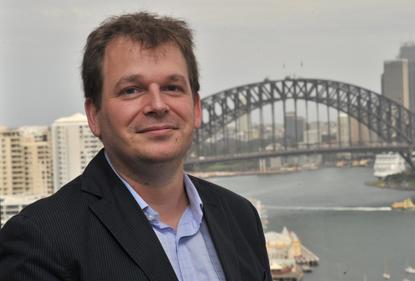 WhiteGold Solutions is looking to further capitalise on its Nutanix business through a complementary partnership with thin client vendor, IGEL Technology.

The Sydney-based datacentre and security distributor’s reason for selecting IGEL is in line with its decision to partner with application networking vendor, A10 Networks: it is a challenger technology, and like the A10 agreement, stems from pre-existing business relationships between executives.

“IGEL is not just trying to sell a box [like legacy vendors],” WhiteGold commercial director, Leigh Howard, said. “It isn’t selling 200 desktops and coming back two years later to tell customers support is gone and forcing them to buy another 200 units. That’s not value. Instead they offer five years warranty and three years end of life product support which is much more value than that by market leaders.”

It serves as an opportunity for resellers to differentiate themselves rather than presenting legacy technology on a traditional lock-in capex model.

Howard also said the decision was underpinned by IGEL’s ability to focus strictly on thin clients without being distracted by trends, unlike industry giants which jump on board the likes of mobility through the likes of smartphones and tablets, for example.

With access to IGEL’s full portfolio, WhiteGold aims to bundle the vendor’s hardware and software with Nutanix-based solutions.

While unable to disclose sales and deployment figures, WhiteGold signed Nutanix to its vendor portfolio in August 2013, and claims it has “never seen a technology that has attracted so much interest and excitement at the end user and channel level” as the Nutanix has received.

RELATED: Nutanix launches in Sydney with insight into tomorrow’s datacentre.

“About 50 per cent of our deployments of Nutanix currently leave food on the table both at the WhiteGold and reseller level,” WhiteGold commercial director, Leigh Howard, told ARN.

“If we are selling Nutanix into virtual desktop infrastructure (VDI) deployments, we need an end client to sell a complete solution; otherwise resellers will source their own or sell another technology. There is no benefit in that.”

Moving forward, IGEL’s priority is to pair itself with partners capable of articulating its market differentiator to customers.

“One of the main challenges at the moment is helping organisations understand what options they have in terms of desktop strategy,” IGEL Asia-Pacific (APAC) general manager, Alastair Welsh, said. “It is about showing customers that they do not have to use the same approach they have always relied upon.”

As a 100 per cent channel business, it relies on partners to do this. The vendor is currently on a recruitment drive for resellers which understand how to position a hosted approach, and will look for options within WhiteGold’s ecosystem.

“Having WhiteGold with its datacentre specialisation and IGEL’s relationships with major server-based computing providers gives partners the flexibility to engage customers with a roadmap to help take existing environments and repurpose old PCs to run IGEL’s standardised operating system, and provide access to all leading VDI platforms.”

Welsh claims this is particularly relevant within the Australian market due to the size of the geography; organisations which have a head office in one city and branch offices that are distributed are able to address operational management issues through a centralised approach.