The winners of the Awards will be announced at a gala dinner in Christchurch on May 16, at which the team expects more than 600 attendees. 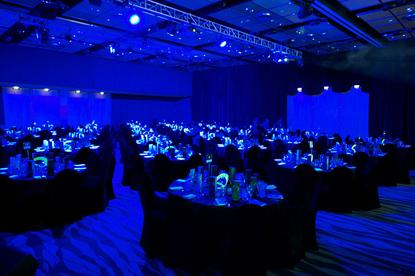 This year marks the 20th anniversary of the NZ Hi-Tech Awards.

Entries for the 2014 NZ Hi-Tech Awards will close next week on March 3rd, but the team has already noted a significant rise in company registrations from last year.

“Entries close off next Monday. As entries come in at the last minute it is hard to predict final numbers, but right now registrations of companies planning on entering are up 62 per cent on last year. In 2013 we had over 170 entries from over a 100 companies,” says Bob Pinchin, director of Swaytech, the firm responsible for the running of the Awards under contract to the Hi-Tech Trust.

“Initial judging is done by our local judges based on the written submissions of entrants. This is then followed in most categories by face-to-face panel judging. At that stage the international judges also become involved and work in conjunction with the local judges to determine a winner in each category.

“Each category is judged by a unique set of judges. That means judges only judge one category. Each category has between three and six judges. The only category the local judges do not get involved in is the PwC Company of the Year category. This is judged solely by a panel of three international judges,” says Pinchin.

Though noting that it is still early days, Pinchin states that interest in the pre-commercialisation, start-up, young achiever and export categories in the Awards are at an all-time high.

“This is probably a reflection in the boom in new companies being established that are offshore focussed from their inception and a sign of the great young talent coming through in the industry,” stated Pinchin.

This year marks the 20th anniversary of the Awards, which started out as VSI Electronics Excellence Awards and has since evolved to become one of the most sought-after prizes by technology firms in the country.

“The Awards are about recognising the achievements of our high tech companies, both here and on the global stage, and showcasing the contribution of the sector to the NZ economy, both financially and employment-wise. It is our fastest growing export industry and the future of this country. We need more people to appreciate and recognise its achievements,” says Pinchin.

The Awards programme, is administered by the NZ Hi-Tech Trust, a not-for-profit voluntary organisation established in 2009.

“The Awards are all about continued sustained growth. Each year we raise the bar. This year we have a record number of sponsors and supporters. In fact, we have had to turn sponsors away. We have an awesome family of long term sponsors who are great advocates and supporters of the Awards and the industry as a whole.

“Six years ago when we took over the running of the Awards we set out with the mission of creating the Oscars of the industry and we continue to work towards this,” states Pinchin.

Information on the categories and the process for entry to the Awards can be found here.