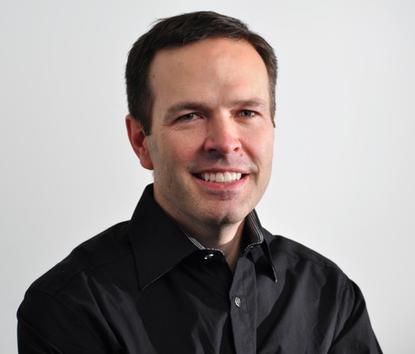 Intel has released a new tool for remotely managing servers from multiple hardware vendors, though it's having to be careful not to upset partners as it looks to make more money from software.

Intel's Virtual KVM Gateway is a software console that lets operators troubleshoot server and other hardware problems remotely, allowing them to check BIOS configurations, analyze server logs and in some cases restart systems.

Intel launched the Virtual KVM Gateway as an SDK (software development kit) last year, allowing partners such as Schneider Electric and Japan's Niscom to bundle it with their DCIM (data center infrastructure management) suites. This week it started to sell the software as a standalone product on its website, priced at US$99 per server, said Jeff Klaus, general manager of Intel's Data Center Solutions Group. There is also an option for a 30-day free trial.

KVM tools have traditionally been hardware switches that connect directly to servers (the KVM stands for the keyboard, video and mouse that plug into the switch). That approach creates extra cabling in the data center, though, and extra hardware boxes to manage.

So the market is moving toward virtual KVMs, or tools that provide remote management by tapping directly into server firmware instead of going through a switch, according to Klaus.

Most server makers offer their own KVM tools, so operators can end up having to switch back and forth between different consoles. One big benefit of Intel's KVM is that it can be used to manage hardware from multiple vendors on a single screen, Klaus said.

Intel's Virtual KVM allows operators to access up to 50 servers simultaneously, he said, making it easier to compare data from a group of servers. It can also access network and storage gear, or pretty much any equipment with a standard IPMI (Intelligent Platform Management Interface) port, he said.

The tool provides both in-band and out-of-band (OOB) access to servers, though OOB might be a challenge in some cases. OOB access involves skirting the server OS and communicating directly with the baseboard management controller, which allows access to servers when they're offline.

However, server makers generally charge extra to enable OOB access to their systems, and the top-tier vendors -- HP, Dell and IBM -- only sell it as part of a bundle that includes their own KVM. So customers who want the benefits of Intel's KVM might end up paying more if they need OOB access.

Klaus noted that second-tier OEMs such as Fujitsu and Lenovo tend to offer OOB access as an "a la carte option," making it a smaller additional fee. And not all the top-tier OEMs' customers buy their enterprise server management tools anyway, he said.

As Intel looks to sell more data center management products, it has to be careful not to cause friction with partners like Schneider that license its technologies. Intel intentionally priced its Virtual KVM Gateway so that it doesn't undercut its partners' offerings, Klaus said.

Intel could face similar challenges in other areas besides KVM. It commands some 95 percent of the x86 server market, giving it access to a variety of instrumentation data including thermals and power consumption. It licenses access to that data to other companies that make data center management tools, particularly ones used to manage energy use.

A decision for Intel is whether it will continue to monetize the power and thermal data primarily through third parties, or whether it will use it to develop more software products of its own. The answer might depend on how well those third-party tools sell.

"Are we going to achieve the growth through partners, or are we going to have to pivot and be more direct?" Klaus said. "Right now, we're putting more emphasis on partners on the power and thermals side, and we're just trying this direct route on virtual KVM."

How that strategy will evolve remains to be seen.