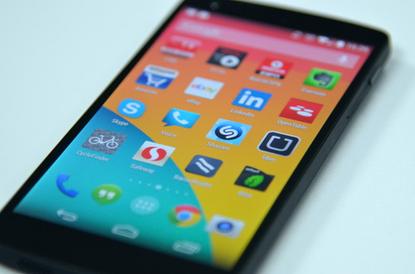 The U.S. Department of Justice has filed its first lawsuits over counterfeit smartphone apps, charging four men who now face up to five years each in prison.

"While this represents the first counterfeit apps case by the Department of Justice, it exemplifies our longstanding commitment to prosecute those who steal the creative works of others," she said.

The lawsuits, filed Thursday and Friday in the Northern District of Georgia, charge the four men with conspiracy to commit criminal copyright infringement. One lawsuit names Kody Jon Peterson, 22, of Clermont, Florida, while the other is against Thomas Allen Dye, 21, and Nicholas Anthony Narbone, 26, both of Orlando, Florida, and Thomas Pace, 38, of Oregon City, Oregon, the DOJ said.

In each case, the men are accused of conspiring to copy Android apps and distributing more than a million copies of them through online markets they set up called Snappzmarket and Appbucket. The markets were shut down last year -- the first time domains involving mobile app marketplaces had been seized, the DOJ said.

The defendants acted without permission from the developers of the apps, which are otherwise sold through legitimate sites like Google Play, the DOJ said. It didn't say which apps were involved. A DOJ spokesman, citing court records, said the accused charged a subscription fee for the online markets.

Snappzmarket operated between May 2011 and August 2012, and Appbucket between August 2010 and August 2012, the DOJ said. Court records show that during a five-month period in 2010, Narbone allegedly received more than US$60,000 in subscriptions to Appbucket, the DOJ spokesman said.

Google's Android is the most widely used mobile operating system, and the lawsuits show how smartphone apps have become a target for counterfeiters.

"We are committed to protecting copyright owners, and we will continue to vigorously prosecute those who steal all forms of copyrighted work," U.S. Attorney Sally Quillian Yates of the Northern District of Georgia said in the statement.

Peterson was arraigned Thursday, and Dye, Narbone and Pace were arraigned Friday, the DOJ said.