So that Nokia Android phone may really be happening

Nokia may still be working on that new low-end Android device, and it may not be so outlandish when you think about it. 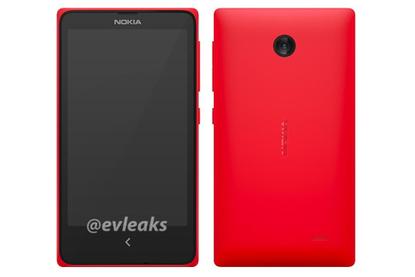 A new image depicting an "engineering prototype" of the Nokia Android device codenamed “Normandy” surfaced over the weekend.

We've witnessed a steady parade of leaks and rumors regarding Nokia's plans to release a whole new Android device. That's the same Nokia whose devices business is a few crossed t's and dotted i's from becoming a fully-owned part of Microsoft.

The move seems particularly curious, as Microsoft is still scrambling to find a place for Windows Phone within the smartphone pantheon. And yet, a new image depicting an "engineering prototype" of the Nokia Android device codenamed "Normandy" still surfaced over the weekend.

The undated image comes via a retweet from the very reliable @evleaks. While the image is far from a confirmation that Normandy will be storming our beaches anytime soon, it provides some visual proof that the project has not been officially nixed.

Additionally, The Verge has highlighted a second supposed image of the Normandy phone making its way around Chinese social media. Unlike the previous leaked images, this one actually shows the OS in action.

The Verge cites an unammed source which says the OS is a forked version of Android that will incorporate UI elements from Windows Phone and Nokia's low-end, proprietary-OS'd Asha line.

The idea of an Android device produced by Microsoft may not seem so outlandish in one sense: It could help Microsoft find a way into the highly-valuable low-end developing market with a cheap, forked version of Android that runs Microsoft properties like Skype, Bing, and Outlook.

Anyway to find your way in there, I guess.