Qualcomm will promote COO to replace Paul Jacobs as CEO 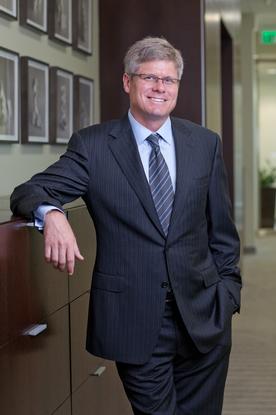 Chip maker Qualcomm will promote current COO Steve Mollenkopf to the role of CEO next year. He will replace long-standing CEO Paul Jacobs, son of one of the company's founders, Irwin Jacobs, the company said Friday.

The move comes hours after Bloomberg, quoting anonymous sources, reported that Microsoft's board was considering Mollenkopf as a replacement for its CEO Steve Ballmer. Were Mollenkopf to end up at Microsoft, he would find himself both a customer of his former employer, and embroiled in a number of patent lawsuits with it.

Mollenkopf is a 20-year veteran at Qualcomm, having previously run the company's chipset business during its 2011 acquisition of wireless networking chip maker Atheros for US$3.1 billion. He will take over on March 4, following the company's shareholder meeting.

Jacobs, who is around 50, will stay on with the company in his role as chairman to provide guidance and leadership, the board said. In a statement, it thanked him for his strategic vision over his nine years as CEO during which, it said, the company's market capitalization doubled and its revenue quadrupled.

The board said the appointment would ensure continuity for the company, although given Jacobs' relative youth, the move may be more about retaining Mollenkopf than preparing for Jacobs' departure.

Qualcomm was one of the first companies to push the CDMA mobile technology, for which its founders helped lay the technical foundations, and in recent years has made a name for itself as a designer of mobile phone processors such as the SnapDragon range found in Motorola's Moto G and Nokia's Lumia 1520: Market leaders Apple and Samsung Electronics design their own smartphone processors.

Relations between Qualcomm and some of its customers are a little strained, however. Qualcomm is an investor in a company suing mobile phone manufacturers including Nokia and Motorola for alleged patent infringement, while Nokia is suing Qualcomm customer HTC in another chip patent dispute.