Apple Mac Pro's $2,999 starting price is tempting, but potential buyers are weighing it against the iMac and other Apple machines 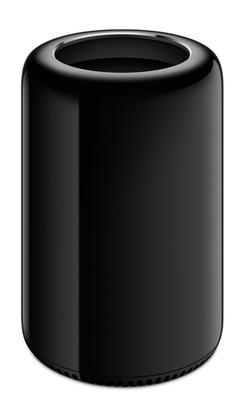 Apple is sending a signal that it hasn't abandoned the professional computing market with the latest Mac Pro, which will ship next month. But the workstation faces competition from its own sibling iMac as computer buyers weigh purchases.

Loyalists of Apple's Mac Pro have been clamoring for an upgrade to the high-end desktop, which last received a facelift in 2010. The new workstation is priced starting at US$2,999 and has the latest Intel Xeon E5 processors, solid-state drive storage, Thunderbolt 2 and dual graphics cards tightly packed in a cylindrical chassis.

The Mac Pro is targeted largely at creative professionals and engineers and has drawn interest for its new design and use of the latest technologies.

"Apple has dominated the creative market for years. They have a lot of loyal users there, and those guys are influential," said Roger Kay, president at Endpoint Technologies Associates.

The slow Mac Pro upgrade cycle led some to believe that Apple was terminating its high-end product lineup in favor of consumer products. There were concerns that the Mac Pro would be merged into the iMac line, much like the Xserve, which in 2010 was merged into the Mac Pro line. But Apple CEO Tim Cook last year confirmed that a new Mac Pro was on its way, and the product was announced in October.

Other standard Mac Pro features include six Thunderbolt 2 ports, four USB 3.0 ports, two Gigabit Ethernet ports, 802.11ac Wi-Fi wireless and HDMI ports. The desktops can be configured to include faster processors and up to 64GB of DRAM.

Craig Seeman, owner of Third Planet Video, a video production company in Brooklyn, New York, said that the Mac Pro's entry price is lower than expected. The latest hardware, especially two graphics processors, is one reason he will upgrade to the latest system.

"The smaller design is much more space efficient. This is of major importance to those of us who work in small and often crowded offices," Seeman said.

Given the similar price point for the new and previous Mac Pros, the move to two GPUs cannot be underestimated, especially given that time is money for professional users, Seeman said. The standardization of dual GPUs will facilitate software development so more video rendering and other computing tasks are off-loaded to graphics processors from CPUs, Seeman said.

Another key feature in the Mac Pro is the inclusion of the Thunderbolt 2 ports, which makes up for the lack of internal expansion features, Seeman said. The Thunderbolt 2 can transfer data between the host computer and peripherals at a rate of 20Gbps (bits per second).

Right now Thunderbolt-compatible products include a few storage devices, and Apple sells a Thunderbolt-compatible monitor. Apple needs to encourage third parties to ramp up production of expansion hardware, which is important to high-end buyers, said Fine, who is also the co-founder of the Metropolitan New York Macintosh Alliance (MetroMac).

Like others, Fine is curious to see the performance of the Mac Pro models. But the appealing price and cutting-edge technologies could meet the needs of some of his clients, and moreover, the new workstation is more power-efficient than predecessors.

"The good news is that it is Apple, not a lesser-known small manufacturer, so most users can anticipate a pretty good experience," Fine said.

But some potential buyers who have waited years for the new Mac Pro are weighing the workstation against the high-end iMac, which is cheaper and delivers sufficient performance required to run multimedia programs. Still, the Mac Pro has its advantages with server processors, faster graphics cards and Thunderbolt 2 ports, not available in the iMac.

There are Mac Pro loyalists who want the latest and greatest, but iMacs in many cases are good enough for content creation and high-end graphics, said Jay Chou, senior research analyst at IDC.

"The [Mac Pro] has the hardware of a server in addition to very fine graphics capabilities. It can be overkill," Chou said.

Gary Huff, founder of Rusty Auto Productions in Austin, Texas, is considering the Mac Pro, but wants to see benchmarks and real-world usage before making a purchase decision. He is also considering an iMac.

"I am worried about performance of the Mac Pro base models not being significantly improved over, say, an iMac. I do think the higher-end models will be absolute beasts in computing power, but then it becomes an issue of whether or not it's affordable for me at this time," Huff said.

But like others, Huff is relieved to see the new Mac Pro.

"I do like the design. It looks rather sleek. If Apple had simply released the original cheese-grater design with the new guts, I think I would have still been excited," Huff said.