AMD has delayed the release of Kaveri 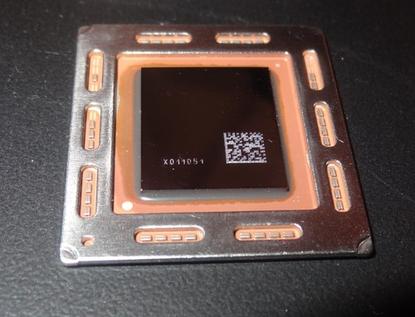 Advanced Micro Devices aims to bring console-style graphics to PCs with its chips code-named Kaveri, which, after delays, will become available in desktops and laptops starting early next year.

Kaveri will first reach desktops in January and will follow in laptops. The chips will also be used in servers and embedded systems, said Lisa Su, senior vice president and general manager of global business units at AMD, during a speech at the company's Developer Summit 2013 conference.

The chips will bring console-style gaming to PCs by combining AMD's latest graphics and CPU processors code-named Steamroller, Su said. Kaveri will have up to four CPU cores and eight GPU cores, with the graphics based on the same technology used in the upcoming Microsoft Xbox One and Sony's PlayStation 4 gaming consoles.

It will deliver up to 856 gigaflops of performance and outperform Intel's fastest PC chip, code-named Haswell, Su said.

The chip's release has been delayed by a few months. According to an AMD product road map published on the company's site, Kaveri chips were due to reach mainstream laptops and desktops this year. Kaveri will replace chips code-named Richland, which started shipping in PCs earlier this year.

It is also AMD's first chip to support open hardware interface specifications released by the AMD-led Heterogeneous System Architecture Foundation. Under the specifications, program execution can be easily offloaded to other processing resources such as GPUs in servers, PCs and mobile devices. By allowing parallel code execution across CPUs, GPUs and other processors, AMD hopes the chips will deliver performance improvements while drawing less power.

The HSA Foundation is also releasing APIs so programmers can write programs without worrying about what hardware the code will be executed on.

"It's silicon that enables the heterogeneous computing," Su said.

More details about Kaveri will be shared at the International CES show in January next year. AMD previously showed a prototype Kaveri chip at the Computex trade show in June.