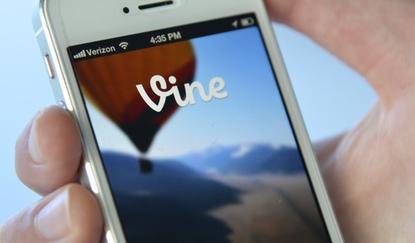 On Thursday Vine announced a tool, called "time travel," which lets users remove, reorganize or replace any shot in a post before they share it with others. Previously, Vine users had two options if they didn't like their video: either stick with it and carry on or delete it and start from scratch.

Letting users delete and swap around clips within their videos should give them more leeway, but they still have a tight window to work with because Vine videos must be between three and six seconds long.

With editing, Vine gains a feature that Instagram has had since it launched its video mode this past June. In that app, users can delete the most recent shot within a video before they upload it.

Vine also announced another feature called "sessions," which lets users save a post and come back to it later before uploading it. People can work on up to 10 posts at once or as much as a full minute of video.

The new version of the app was made available Thursday for both iOS and Android-based devices.

Vine gained several other features in July, including new channels for finding and uploading video, a way to "revine" videos like a retweet on Twitter, and an option to make posts viewable only by approved people.

Vine still doesn't have a video import tool like Instagram does. While Instagram lets users import previously shot videos from their camera roll, videos on Vine must be shot within the app.

Twitter launched the Vine service earlier this year, to give users a way to post quick and snappy six-second videos on loop, similar to a 140-character tweet.