US security concerns regarding Huawei may no longer carry much weight, according to analysts 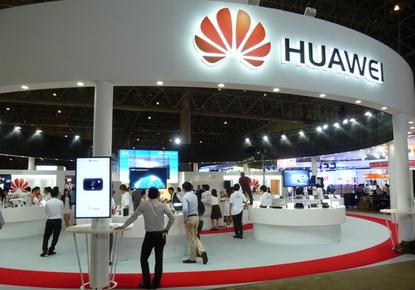 One year after U.S. politicians labeled it an espionage threat, China's Huawei Technologies continues to face security concerns -- but this time, those might not be a factor as the company sells to a market rattled by the Edward Snowden leaks of U.S. classified surveillance programs.

On Friday, the Chinese networking equipment supplier said in a report that Huawei had been free of influence from government groups wanting access to its technology.

"We can confirm that we have never been asked to provide access to our technology, or provide any data or information on any citizen or organization to any Government, or their agencies," Huawei Deputy Chairman Ken Hu said in the company report on cybersecurity.

Just a year ago, Huawei made similar statements to U.S. politicians concerned with the company's alleged ties to the Chinese government. Although Huawei denied any links, a U.S. congressional committee disagreed, and feared that the company's equipment could be secretly used for espionage.

For a company with ambitions to expand globally, the allegations were a harsh blow to Huawei's image. But those same U.S. security concerns may no longer carry much weight. The leaks from former contractor Snowden revealed that the U.S. National Security Agency has extensive surveillance programs capable of tapping Internet and mobile communications, despite encryption or hardware.

"After the NSA revelations, it is clear that, as many in the industry had been saying all along, it's not the network equipment vendors that are the problem," said Duncan Clark, chairman of BDA China, a Beijing-based technology consultancy.

It's a message Huawei reiterated often last year when the company faced scrutiny from U.S. politicians. The Chinese vendor has advocated for developing better international standards and practices to ward off cyberthreats. But in the wake of the Snowden leaks, more international customers may take notice of the Chinese company and its efforts to improve IT infrastructure security, according to experts.

"It's quite a contrast from what they faced last year, when they were almost blacklisted in the U.S.," said Nushin Vaiani, an analyst with research firm Canalys. "It's funny, they have basically turned the tables."

On Friday, as part of its cybersecurity report, Huawei detailed its approach to keeping its company and products secure in the face of hacking and data theft. The report comes at a time when other security companies have largely been quiet in response to the NSA leaks, Vaiani said.

"Huawei has done something interesting in the sense it is looking at transparency to try and differentiate itself," she said, adding, "They don't have a huge affiliation with the U.S. So it does bring an opportunity to invest in Huawei."

The company declined to comment on the NSA leaks, but said it wants to make cybersecurity a priority for the entire industry. "If we are the only one creating secure networks, then it's useless," said company spokesman Scott Sykes, who added that Huawei's technology is often connected to hardware from vendors including rivals Ericsson and Cisco.

Chances of Huawei making a comeback in the U.S. networking market, however, remain small, given that political lobbyists, rivals and anti-Chinese sentiment would try once again to stifle its business, according to analysts. Earlier this year, Huawei said its networking arm was no longer focused on the U.S. market.

But despite the roadblocks in the U.S., the company has ample room to grow in other foreign markets. "If we look at Europe, look at Asia, those are huge markets." said Vaiani. "I know Huawei has a very dominant position in Africa. The question is how will those regions react."