Foxconn's handset operation in Indonesia to start next year 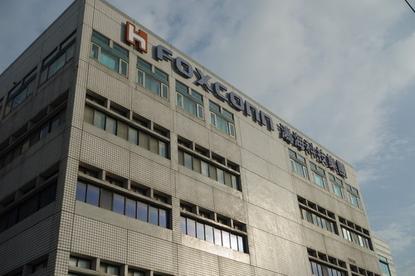 Taiwan's Foxconn Technology Group wants to jump-start a new manufacturing operation in Indonesia next year, potentially bringing in more smartphones to the country.

Since last year, the company has been in exploratory talks with Indonesian officials about setting up operations in one of Asia's largest nations, which has almost 250 million people.

On Tuesday, Foxconn said the talks were ongoing, but expects to finalize its discussions with local partners and government officials in 2014, the company said in an email.

The manufacturing supplier is often associated with Apple, but also assembles products for Sony, Amazon.com and other electronics vendors. Some of Foxconn's largest factories are in mainland China, where the company employs over 1 million workers.

Previously, Foxconn has said it wants to invest in Indonesia in order to tap the country's demand for consumer electronics, including televisions, tablets, and mobile phones.

Currently, only about 23 percent of Indonesian mobile phone subscribers use a smartphone, according to a report from Nielsen, a market research group. That's in contrast to 60 percent for the U.S., and 71 percent for China.

To effectively market its products, Foxconn has been working to secure a local partner in the country, and develop a brand. The company, however, also wants local regulators to set up regulations for electronics manufacturing in the country, before embarking on an investment. A key concern is the lack of safety standards, which can allow other vendors to sell shoddy products.