A different kind of partnership was considered before Facebook's acquisition 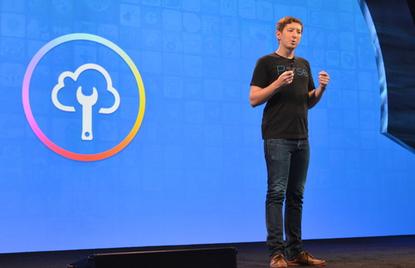 Facebook has laid out big plans in recent months to simplify the app development process by acquiring Parse. But the social network actually had its eye on the cloud service company for years, and at one point the two considered a different partnership.

Talks between Facebook and Parse went as far back as 2011, the year the company launched, Parse CEO Ilya Sukhar told IDG News Service on Thursday.

"We started talking to Facebook a long time ago," Sukhar said, when Parse was a company of just six people. Parse now has a core team of roughly 30 employees.

Parse provides a cloud-based app development platform designed to make it easier for developers to build Web and mobile apps by handling the back-end side of the work.

Facebook announced its acquisition of the company in April; the deal closed in May.

The purchase gives Facebook a suite of mobile app development tools at a time when succeeding in mobile is critical as users move away from the desktop.

But before the acquisition, there was another idea.

At one point Parse pitched a distribution deal to Facebook in which the social network would send certain apps over to Parse, Sukhar said.

Over the past two years, "we got to know [Facebook] well," he said. Then, at a certain point when Parse was considering a new funding round, Facebook came to the company with "a compelling offer," Sukhar said.

Parse had had conversations with other potential acquirers over the past two years, but when Facebook made its offer there were no other suitors, Sukhar said.

Neither Parse nor Facebook has disclosed the terms of the acquisition, though a Wall Street Journal report cited a price tag of roughly US$85 million.

Now backed by the resources of Facebook, Parse is looking to bring on many more people to support expansion efforts.

The company, now based at Facebook's headquarters in Menlo Park, California, still uses Amazon Web Services for its physical infrastructure. Parse has no plans to use Facebook's data centers as it expands, Sukhar said.

Facebook is working hard to position Parse as an important part of the social network's business.

On Thursday, the first Parse Developer Day conference took place in San Francisco. Facebook CEO Mark Zuckerberg made a surprise appearance, to explain more of the rationale behind the deal.

Parse announced some new products, such as an analytics and task scheduling tool, during Thursday's event.

More tools are likely to roll out over the next couple of months, Sukhar said during an interview at the show. Those tools may include new features for app crash reports or A/B testing of changes to apps.