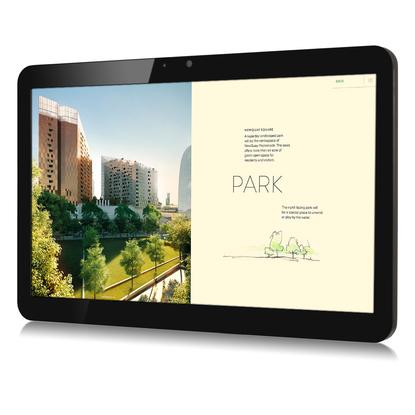 AOPEN and Intel have announced its eTILE series of tablets aimed at retail environments to act as point-of-sale or digital signage.

The device can run Windows 7 or 8 natively, as well as Android 4.04, with support for Intel Active Management Technology 8.0 and Small Business Advantage manageability.

The partnership with AOPEN and Intel on the device came together in conducting end-customer user groups in researching how the customer experience could be enhanced at retail outlets.

AOPEN strategy and market development global director, Stephen Borg, said it took over 12 months to develop the eTILE, with some of the product’s development taking place in Australia.

“The Retail Evolution Lab in Melbourne, a pioneering environment built to test and prove new consumer experiences, played a key role in the creation of the eTILE,” he said.

While some businesses have been using commercial tablets for various in-store implementations, Borg hopes the purpose built nature of the eTILE will “revolutionise retail.”

“It's an industrial strength device in an exceptionally powerful, thin form-factor that simply doesn't exist elsewhere in the market today,” he said.

The eTILE has been designed to be dust resistant, waterproof and comes with built-in cable management so that no ports are visible to the customer, helping it to be secure and tamper proof.

At the same time, Borg said the simple black exterior comes with a “keen sense of style and aesthetic detail” directly aimed at shoppers.

“It’s the kind of device that customers will want to play with, and one that retailers can have the confidence in letting them touch,” he said.

The eTILE will be available in 3G/4G and Wi-Fi editions.