Behold, the first point-and-shoot 3D scanner for under $1000

Company is looking to raise $US75,000 to bring its functioning prototype to market by this time next year. 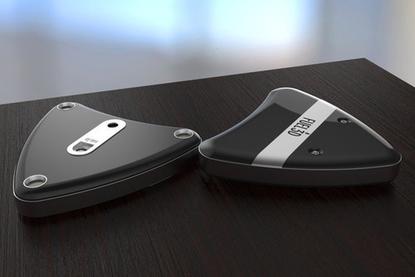 As the prices on desktop 3D printers begin to reliably fall below $1000, it was only a matter of time before portable 3D scanners would follow. Enter the Fuel3D portable 3D scanner Kickstarter campaign. The company is looking to raise $US75,000 to bring its functioning prototype to market by this time next year.

The technology behind Fuel3D was born out of an Oxford University research team that used it in medical imaging, but Fuel3D's makers want to evolve the product for the creative realm.

The small handheld device uses pre-calibrated stereo cameras and photometric imaging to capture both an object's shape and color down to 250 microns. To put that in context, that's about a fifth of a millimeter - just short of the resolution of desktop 3D printers such as MakerBot's $2200 Replicator 2, which can detail down to 100 microns.

As of writing, the company has gathered just under $US23,000 of its $US75,000 goal after just one day of kickstartering. Early pledges starting at the $750 level will get you an early version of the scanner.

If the company is able to launch the product, the obvious application will be on 3D printing, but it will also be of interest to indie game designers who will be able to bring any handheld object or individual into their worlds. If you have a game designer friend, expect to find your visage ending up in their new works this time next year.