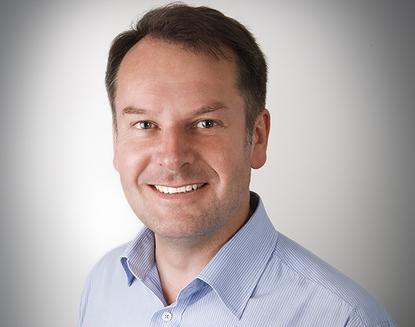 Ingram Micro's Showcase events in Auckland, Wellington and Christchurch attracted resellers and their customers to view products from more than 60 vendors and attend seminars from leading brand spokespeople.

This is Bigwood’s pet topic as he sees the local industry tied to the US currency which is constantly changing. Instead of the predictable economics view that this is bad for importers, Bigwood claims the same rules do not apply to the New Zealand industry.

“What I’ve learnt from this FX cycle is the economists are all wrong ...

"Hell no, we could not be happier… now is a great time to buy us.”

Bigwood observed that over the 25 years he has been in the industry, elasticity of demand has had no impact on units sold.

Where do you think the ASP is going? Bigwood notes they are climbing.

“Why? Lots more accessories are being sold and we are selling more solutions.”

He acknowledged that commoditised products are having a harder time but he said customers still have problems that resellers can solve.

“Most people have something to spend if you can offer a solution around it and as a result, we are seeing ASPs creep up.”

This is the ‘do you want fries with that’ approach and is an important strategy for resellers. In the US, 76 per cent of computer buyers bought an accessory within four weeks of their initial purchase of a computer.

Bigwood said Ingram is watching this trend carefully and as a result, 17 of the last 20vendors Ingram has signed were accessory vendors.

The vast population spread in New Zealand differentiates the market from Australia, for example, where 85 per cent of the populations live in five cities.

“But New Zealand hasn’t got five cities and if you add up the populations of Auckland, Wellington and Christchurch, that only represents 47 per cent of the country,” Bigwood said.

The industry needs to have a strong electronics strategy because New Zealanders are at both ends of the spectrum from ‘early adaptors’ to ‘appalling laggards’.

He added the local market is driven by Kiwi brand loyalty.

“Kiwis, more so than any other nation, are brutally loyal. We are amazing creatures of habit which drives amazing marketing trends which you won’t see anywhere else in the world.”

Bigwood gave a market history lesson identifying the late '90s as the time when consumables revenue outstripped printer revenue. And it was the early 2000s when notebook sales overtook desktops.

He then asked the audience to predict when tablets sales would exceed notebooks.

“Too late! You’ve missed it. It has already happened in 2012.” Interestingly, this was in both the consumer and business markets.

Bigwood warned resellers dependent on notebook sales to get into the tablet space. And sooner rather than later.

“I am hell bent on making sure our couriers don’t get too rich!” he said.

Bigwood cautioned resellers that unless they are doing something on site which is adding value, then have it go direct to the customer. Save the freight; don’t ship twice.

Bigwood is passionate about the channel moving to automated ordering and electronic data interchange (EDI). Ingram has set a goal to have 80 per cent of their orders received electronically by the end of 2013 and it is looking to overachieve it.

He advised resellers to automate as much as possible - implement an electronic strategy as a competitive and cost saving gain.

“If you don’t do it and your competition does, you are going to be in trouble. Stop doing the manual stuff and get costs down,” Bigwood said.

Bigwood is philosophical about reseller websites. He observes it is a fine line between getting it right or wrong and likens the rush to build websites to ‘A Field of Dreams’- build it and they will come – mentality.

“It does not work for Kiwi resellers. Make sure that your customers want it. Make sure you are giving them what they really need,” he advised.

Bigwood recommended resellers customise the experience for the end user.

The BYOD trend is a critical path for IT and Bigwood said it keeps him up at night. Ingram is “all over” BYOD’s importance as the global purchase of Brightpoint testifies.

Recognising the enormity of the trend, he asked who will supply all the devices and prodded resellers about how they would get in the game.

Bigwood is proud that New Zealand is a global pioneer with on-premise Cloud. Kiwis, as early adopters, are leading the pack. Ingram has multiple software vendors offering Cloud – 30 per cent on premise and 70 per cent traditional standard licence – and the shift is growing.

On datacentres, Bigwood cautions resellers to find a partner to build a datacentre with.

“It doesn’t matter if you don’t own the datacentre,” he said.