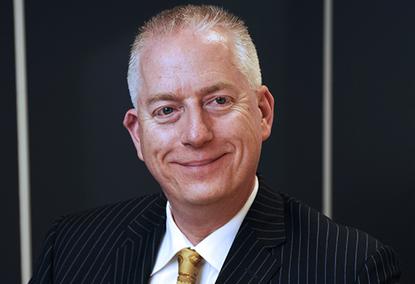 Value-add distributor, WhiteGold Solutions made its foray into the New Zealand market in October last year.

Nine months on and it has firmly set its sights on further boosting its presence in the market.

WhiteGold commercial director, Leigh Howard, said since it began operating in New Zealand, it has had a lot of support from its vendors and customers alike. In New Zealand it distributes Fortinet, Barracuda, Kaspersky and Sourcefire.

“With a lot of vendors their management structure is A/NZ wide, and it doesn’t make sense for them to have one distributor in Australia and another in New Zealand,” he said. “If you can leverage the same systems, people and to some extent, the same relationship, then it’s an obvious thing to do. It was always in our plans to open up in New Zealand because most of our vendors and customers were questioning why we weren’t there?”

“We were pleasantly surprised by how much support we’ve had from people here and in New Zealand to start up there. I can only conclude that maybe they haven’t been serviced well in New Zealand by other distributors and they like our model.”

WhiteGold currently has two people on the ground with Richard Crabb leading the charge and Paula Agnew looking after internal sales and administration.

Howard said it has an open headcount and was currently looking for a local technical sales engineer. The New Zealand operation currently leverages tech support from Australia.

“It’s good to have somebody on the ground and that’s a priority,” Howard said. “Further to that we’ll boost our presence. Whether we add more staff to Auckland or open an office out of Wellington, we haven’t decided on that yet, but it really depends on where the business is.”

Howard pointed out that in Australia, it does a lot public sector work, and Wellington is the heart of the public sector in New Zealand.

“The customer base that we’ve built is a mixture of big integrators that have an A/NZ presence, but also some of the smaller players. We haven’t just been addressing the top end of town or SMB, it’s been across the whole market place,” he said.

Howard also hinted it will be expanding into new technology sectors outside of its specialist security focus.

“We’re dominant in security in Australia, but the problem is that you can’t keep on taking more and more security vendors because they start competing with each other, you dilute your focus and can’t be true to the vendors that you grow,” Howard said. “If we’re going to grow, we’ve got to move into adjacent technology sectors.”