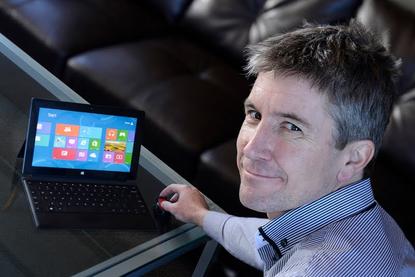 Swiftpoint’s patented GesturePoint hardware and software technology will be a key component of a new type of accessory for personal and desktop devices that will be launched later this year, Belkin global vice-president of enterprise business, Ben Thacker, said.

“The licensing agreement with Swiftpoint enables us to satisfy a strong and unmet market need for a solution that brings together mouse and gesture inputs into a single accessory,” Thacker said.

“We’ve had ideas and filed patents around touch/gesture technology for a decade, but it was only recently that our IP has become relevant in the marketplace due to a fundamental change in the way people interact with computers,” Odgers said. “The Belkin licensing deal signals a new paradigm for us, where we get maximum overall returns from our intellectual property.”