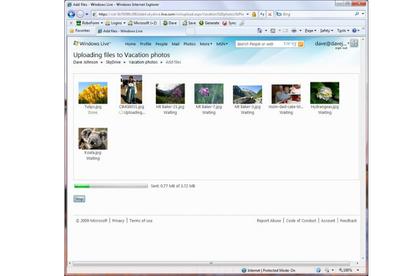 Microsoft has partnered with Wordpress to move the millions of blogs hosted on the Windows Live Spaces blog publishing platform, which will be closed, the companies announced Monday.

As of today, users who try to create a blog on Windows Live Spaces will be directed to Wordpress.com.

Windows Live Spaces publishers, of which there are about 30 million, will be able to transfer their blogs and accompanying photos, posts and comments to Automattic's Wordpress service using an import tool. Spaces URLs will be redirected automatically as well.

In addition, publishers will be able to tie the blogs they move to Wordpress to Microsoft's Messenger instant messaging service and automatically ping their Messenger contacts whenever the blog is updated.

Spaces publishers will have a six-month window to transfer their blogs over to Wordpress.

The announcement was made at the TechCrunch Disrupt conference in San Francisco.

Wordpress is the platform behind 26 million websites. More than 250 million people visit Wordpress-hosted sites every month, according to the companies.

As Microsoft bows out of the blog publishing and hosting market, Wordpress.com continues to face competition from several rivals, including Google's Blogger and from the various products and services developed by Six Apart, which was acquired last week by VideoEgg.