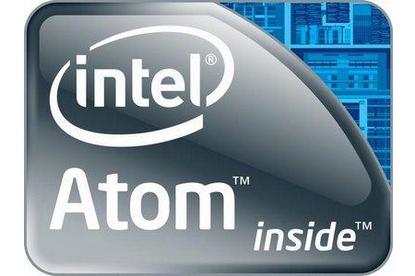 The company said the new processing platform can increase performance for popular consumer applications such as video processing by some 85%.

The new Atom-processor platform is targeted for use in centralized hub products that organize, manage, protect and share documents, photos, videos and music throughout a home and small office.

"Households with home networks are the biggest opportunity out there. Worldwide, this year, 280 million homes have home networks that something like this will fit into," said Seth Bobroff, general manager of Intel's Storage Group.

"Then add to that the explosion of mobile devices and the desire to share rich content, whether that's photos, videos or games, and we think there's absolutely an opportunity for centralized storage and networking," he added. "In essence, you're creating a personal cloud in the home that you can also access on the road."

LG said that in benchmark tests, its N4B2 NAS server equipped with the Atom platform allows up to 20 users to simultaneously stream high-definition video at up to 30Mbit/sec within a local network.

The N4B2 server also features hot plug capabilities for capacity upgrades and an integrated gigabit Ethernet MAC controller for improved performance of data transfers to and from the home server or small office NAS device.

The hyper-threading feature could increase video transcoding performance by 85%, as well as improve I/O by up to 11% for concurrent processing tasks.

Both Intel Atom processors , the D410 and D510, were announced in December for use in networking equipment and entry-level desktop systems.

Bobroff said the announcement is similar to last month's release of the Jasper Forest line of processors , a line of previously available processors that were upgraded for communications, networking, embedded systems and external data storage products.

"You'll probably see us do more of this over time even in this segment to get right class of product, price and performance out there," he said.