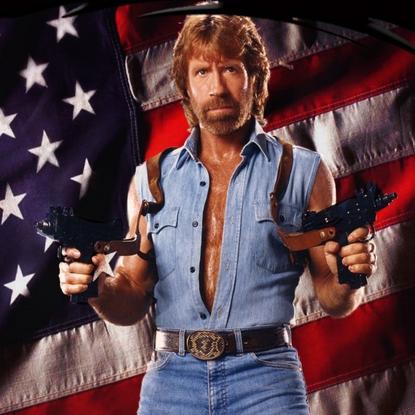 If you haven't changed the default password on your home router, you may be in for an unwanted visit from Chuck Norris -- the Chuck Norris botnet, that is.

Discovered by Czech researchers, the botnet has been spreading by taking advantage of poorly configured routers and DSL modems, according to Jan Vykopal, the head of the network security department with Masaryk University's Institute of Computer Science in Brno, Czech Republic.

The malware got the Chuck Norris moniker from a programmer's Italian comment in its source code: "in nome di Chuck Norris," which means "in the name of Chuck Norris." Norris is a U.S. actor best known for his martial arts films such as "The Way of the Dragon" and "Missing in Action."

Security experts say that various types of botnets have infected millions of computers worldwide to date, but Chuck Norris is unusual in that it infects DSL modems and routers rather than PCs.

It installs itself on routers and modems by guessing default administrative passwords and taking advantage of the fact that many devices are configured to allow remote access. It also exploits a known vulnerability in D-Link Systems devices, Vykopal said in an e-mail interview.

A D-Link spokesman said he was not aware of the botnet, and the company did not immediately have any comment on the issue.

Like an earlier router-infecting botnet called Psyb0t, Chuck Norris can infect an MIPS-based device running the Linux operating system if its administration interface has a weak username and password, he said. This MIPS/Linux combination is widely used in routers and DSL modems, but the botnet also attacks satellite TV receivers.

Vykopal doesn't know how big the Chuck Norris botnet is, but says he has evidence that the hacked machines "are spread around the world: from South America through Europe to Asia. The botnet aims at many networks of ISP [Internet service provider] and telco operators," he said.

Right now Chuck Norris-infected machines can be used to attack other systems on the Internet, in what are known as distributed denial of service attacks. The botnet can launch a password-guessing dictionary attack on another computer, and it can also change the DNS (Domain Name System) settings in the router. With this attack, victims on the router's network who think they are connecting to Facebook or Google end up redirected to a malicious Web page that then tries to install a virus on their computers.

Once installed in the router's memory, the bot blocks remote communication ports and begins to scan the network for other vulnerable machines. It is controlled via IRC.

Because the Chuck Norris botnet lives in the router's RAM, it can be removed with a restart.

Users who don't want to be infected can mitigate the risk -- the simplest way of doing this is by using a strong password on the router or modem. Users can also address the problem by keeping their firmware up-to-date and by disabling remote-access services.

In recent years, hackers have started looking at devices such as routers, which are often not properly secured, Vykopal said. "They are not regularly patched and updated, even though the patches are available." The devices "are also continuously connected to the Internet and they are up for days and months," he said.

In the future, he expects that even more malware will target these devices.