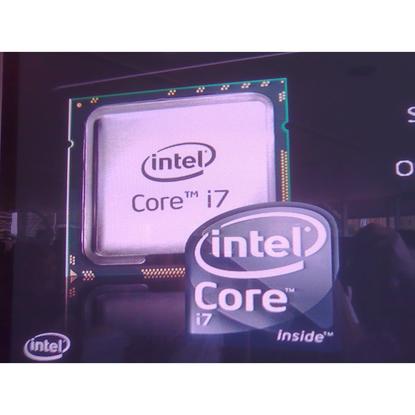 Intel's new CPU naming strategy will fall in line with the recently released Core i7.

Intel's strategy to rename its chips and platforms has seen some opposition from chip enthusiasts, who say the new naming conventions are even more confusing.

The chip company on Wednesday said it was making changes to the naming convention of Core processors, switching the derivatives attached to it. Tags like Core 2 Duo and Core 2 Quad will be replaced by names like Core i3, Core i5 and Core i7, depending on the type of PC and configuration.

Chips for entry-level desktops and laptops will carry the Core i3 brand, while chips for mid-level and high-end PCs will have Core i5 and Core i7 tags respectively. The Core i7 tag is already being used on Intel's Nehalem-based chips that go in high-end desktop PCs.

Intel said it will continue to use its Atom brand for low-power processors used in netbooks and smartphones. The company will also retain the Celeron and Pentium entry-level chips for mainstream laptops and desktops. In platforms, the company said it would phase out usage of the popular Centrino brand to describe mobile laptop platforms by early next year.

"For PC purchasing, think in terms of good-better-best with Celeron being good, Pentium better, and the Intel Core family representing the best we have to offer," wrote Bill Calder, an Intel spokesman, in a blog entry on Wednesday. The change will make it easier for customers to differentiate and recognize brands in the future.

"The fact of the matter is, we have a complex structure with too many platform brands, product names, and product brands, and we've made things confusing for consumers and IT buyers in the process," Calder wrote.

But the glut of name changes has confused some users even more, who complained of the new names being incomplete. The changes would not fully reflect how the Core chip would perform, some people wrote in response to the blog entry.

"Too confusing. Make the names longer and more telling," wrote someone identified as Jonah, in a comment on the blog. Dismissing the new naming conventions as meaningless, multiple posters asked Intel to either retain the old names or change chip names to reflect the number of cores, clock speed and cache.

Calling the name changes "nonsense," another poster, John, wrote "I buy a Core 2 Duo, I'm getting a 2 core processor made out of Core 2. Usually the clock speed is advertised as well. I buy a Core i5 who knows what the hell I'm getting except maybe Intel marketing."

In all the opposition, Intel found support from a few posters who said that the name changes could make it easier to distinguish chips.

"I can see how replacing the confusing mess of "Core 2 Duo T6400" with "Core i7" could make things easier for the typical consumer when browsing the laptops at Best Buy," wrote a poster, Colin.