Australia to get tax on electronic waste 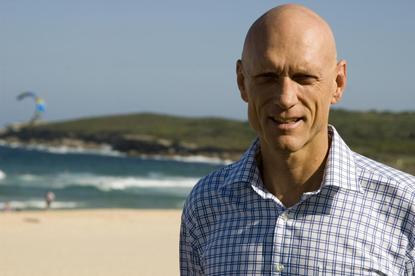 Peter Garrett, Minister for Environment, Heritage and the Arts

Australia is set to get its first e-tax in a bid to create a nation-wide electronic goods recycling scheme. The industry-backed tax is set to go before government ministers this month.

The tax will legislate that all importers and resellers of computer and television equipment include a mandatory recycling fee at the point of sale.

Local council is expected to provide curbside collection of reusable and broken electronic waste across the country for businesses and consumers. Provisions will be included to channel some reusable goods to charities and recycling organisations.

According to the Australian Bureau of Statistics most recent figures, 1.6 million PCs were being placed in landfill every year. The ABS also found that 5.3 million PCs were in garages, and a further 1.8 million were in storage. And that doesn't take into account the other types of e-waste, such as televisions, that are being thrown out every year.

Total Environment Centre (TEC) executive director Jeff Angel expects the scheme, the largest industry push of its kind, to be accepted by government environment ministers meeting in Tasmania this month. That's despite the failure of similar incentives to gain senate approval in the past.

"[A scheme may include] a small upfront fee on the price of the product and those funds will support accessible convenient collection infrastructure such as curbside,” Angel said.

“The combination of industry and environment groups along with a desire by the community to recycle electronic items should be irresistible to government," he said.

“If the community is saying they will cop the levy as part of the sale of appliances, then government shouldn't stand in the way,” he said.

Only six months ago, federal environment minister Peter Garret refused to discuss the possibility of a government-regulated e-tax levy. Similar efforts also failed to garner ministerial support under the then Howard government.

The industry-funded initiative would mimic schemes that have been in place in Japan, the United States and the European Union for more than a decade.

AIIA CEO Ian Birks said the groups were "less inclined" towards a scheme based on a flat-fee levy because it would not encourage better manufacturing processes.

“The preferred option is for the cost to be born on the manufacturers because this will encourage them to create products that can be recycled more efficiently,” Birks said, adding the schemes are the most notable of a number proposed to government.

"We would prefer regulation by the federal government rather than the states to ensure consistency."

Manufacturers and importers of computer and televisions have supported the proposal through the Australian Information Industry Association (AIIA), of which many including Dell and Hewlett-Packard have run voluntary low-cost or free recycling campaigns. Sustainability Victoria and CleanUp Australia have also supported the Product Stewardship Compact for Computers and Computer Peripherals, which was signed by the AIIA and the TEC today.

Under the scheme, all recycling will be conducted within Australia, shunning previous global models in which e-waste is stripped-down and exported to developing countries including India and across Africa.

Australia presently lacks the $200 to $300 million facilities required to recycle batteries, and further reduce plastics and metals, however a Sydney recycling plant opened last year has made exportation of the goods safer.

Angel said Australian recycling plants have excess capacity and could easily cope with the nation's 140,000 tonnes of e-waste dumped to landfill each year. He said the scheme will create a sustainable collection infrastructure that will accept all e-waste to avoid consumers dumping ageing equipment to landfill: “There is evidence that there is up to seven electronic items per households... people hang on to them but they eventually get dumped into landfill”.

Computer vendors including Dell, Fujitsu, Apple, and IBM have participated with the AIIA, Sustainability Victoria and the City of Boroondara in a long-term recycling initiative dubbed ByteBack which allows Victorian residents and businesses to recycle IT equipment free of charge.