IP telephony infrastructure will be upgraded to be fully SIP compatible 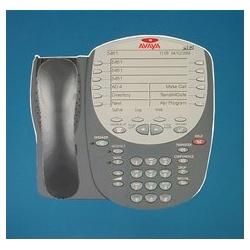 By its own admission, insurance and financial services giant Suncorp had no unified communication technology just three years ago, but since then the introduction of IP telephony and videoconferencing has worked wonders for how the business leverages IT in general.

Suncorp's executive general manager for business technology infrastructure, Paul Cameron, said there was a lot of “silos and legacy technologies” which made it difficult to communicate from branches to corporate offices.

“We couldn't collaborate the corporate sites were okay but once you got out it was difficult to get back in there were about five different ways.,” Cameron said. “We had 27 different production domains and the desktop infrastructure was shot to pieces due to zero investment.”

With 17,000 staff and some 20,000 end-points, Suncorp has acquired a number of companies in the insurance sector which has created its own set of integration challenges.

Speaking at an Avaya conference in Sydney, Cameron said the company created a five-year network strategy with a vision to do large-scale IP telephony to the desktop, including call centres.

“Nobody wants you to touch call centres even though they are broken,” he said, adding he was told they would keep green screens simply because they worked.

In the first year alone Suncorp saved $7M – including $1M alone on taxi fares for after-hours support staff who can now work from home – implementing VoIP and it will deploy the technology to 27 call centres in total.

“We alsp replaced 12,000 desktops, removed legacy technology and are now working on datacentre consolidation to a dedicated one in Brisbane.”

“The business is now thinking differently and asking if systems are capable of doing something,” Cameron said. “Once you have created this, the challenge is to share it with the business as they will find new ways to use it.”

With 65 per cent of its telephony end-points IP-enabled, Suncorp has hit “critical mass”, and expects to see more of the technology deployed to branch offices.

The Avaya IP telephony infrastructure will be upgraded to be fully SIP compatible over the next few months.

“Mobile bankers and insurance assessors are now connected to the UC network via an iPhone or a Blackberry,” he said. “These guys struggle to communicate and used to fly into Brisbane for meetings.”

The company also had a mandate to reduce travel expenditure by 40 per cent and UC has helped.

“Executive Web casts are transmitted across the organisation and its two way so people can send in comments,” Cameron said. “The management systems have changed. Instead of flying people in we have people can now sit at their desk, put on a headset and vote on an outcome. Faster decision making has been achieved.”

Cameron's advice is to pick one provider for IP telephony, data carriage and desktop software as it it makes things “a lot simpler” and “If you've done it once, reuse it and leverage it”.

“Get out there and demonstrate business value,” he said. “Look for the window of opportunity and jump into it.”

Cameron said one of the biggest challenges in the IT industry is when the business has the money to spend on IT, the IT people start asking questions about it and end up losing the money.

“You won't be successful if you don't jump through the windows,” he said.