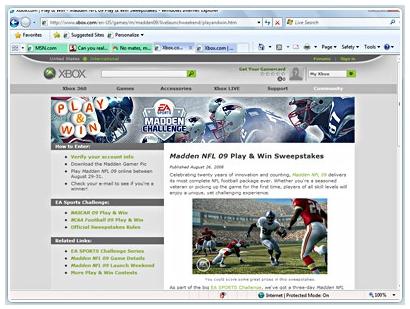 Microsoft plans to make its Internet Explorer 8 browser available on Thursday, along with a company-commissioned report claiming IE8 is more secure against malware than rival browsers from Mozilla and Google.

Users will be able to download IE8 in 25 languages at 12:00 noon Eastern Daylight Time on Thursday from Microsoft's IE Web site and its online download center.

Microsoft has been preparing users for IE8 for a good year now, stressing performance improvements, better support for Internet technology standards, the addition of new features to help people keep track of most visited sites and favorite sources of information, and of course, security, as highlights of the new browser.

NSS Labs said in the report that the data was collected from tests conducted in just over 12 days from Feb. 26 through March 10 in its labs in Austin, Texas. During the course of the test, the company said it monitored connectivity to ensure the browsers could access the live malware sites being tested, and performed 141 discrete tests. The margin of error of the tests was 3.76 percent, according to NSS Labs.

Amy Barzdukas, a senior director at Microsoft, acknowledged that it might be a conflict of interest for Microsoft to sponsor a report in which IE8 came out on top in terms of security. However, she encouraged people to "look closely at the results" before making a judgment call on the validity of the report.

IE8 will be included as part of the Windows 7 OS. However, for the first time since adding browser technology to its operating system, Microsoft will give users the ability to turn off IE8 as a feature in the system.

This decision was outlined in a blog post on the Engineering Windows 7 blog. Microsoft is under pressure from an ongoing antitrust case in the European Union to give users more browser choice in Windows.