Security vendor remains positive on 2009, especially in the SMB space 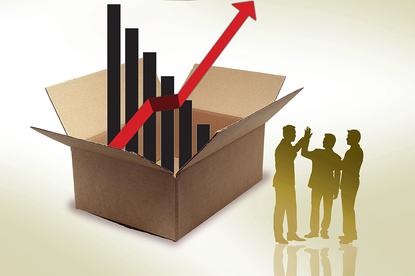 AVG had excellent results in 2008

Security vendor, AVG, almost doubled its partner base and reseller sales in 2008, and is planning to ramp up its targeting of the SMB market in 2009.

Reseller sales increased by more than 80 per cent in 2008 while the vendor’s reseller base grew 78 per cent to more than 2100 partners across Australia, New Zealand and the South Pacific.

AVG marketing manager, Lloyd Borrett, attributed the growth to good margins for resellers and an aggressive relationship building program in the channel.

“We had a significant presence at CeBIT which worked for us particularly well in the NSW market. One thing we did differently was a bit of email campaigning and telemarketing to reseller prospects, we identified potential AVG resellers and put in place a campaign to approach them and that worked as well…we’ve also been effective in getting inactive resellers active again,” he said.

A reseller survey was also conducted that led to the dropping of the surcharge for reseller credit card payments late last year. Credit provision was outsourced to Moneytech, offering credit limits of up to $25,000 via Moneytech’s DealerCard facility which enables up to 30 days interest free credit and flexible payments up to 120 days.

“Dropping the credit surcharge increased reseller’s margins and gives them access to credit terms. The resellers have given us some really good ideas in the survey results and we’ll be looking to introduce more in the coming year,” Borrett said.

The bulk of AVG’s sales come from consumer sales, with 84 per cent of customers switching from another product, but Borrett is forecasting that the recent growth in resellers will see the company increase it’s foothold in the SMB market.

“Up to 50-100 seats is where we are super competitive, and we’re planning to put more focus on that in the coming year and hope our resellers can make the most out of it as well,” he said.

AVG is also in the process of acquiring security vendor, Sana Software.

“They’ve got an excellent identity protection regime in place, it has a low impact on system resources which is a big feature of our products, and is easy to install and use. The indications are that it will be bundled into the AVG product in due course and possibly still exist as a stand alone solution because it’s got a good place in the market in its own right,” Borrett said.

“But the more interesting part is the technology they’ve got built into their products for protection against new and unknown threats. There is a beta version available shortly and we’ll be encouraging resellers to grab it and provide feedback.”