Zune phone makes sense, but politics could prevent it

Microsoft denies that it has plans to introduce a Zune phone, despite persistent rumors indicating that it might as soon as January. 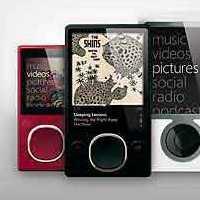 They're back: rumours of an impending Zune phone announcement from Microsoft, this time probably at CES.

Ever since the launch of the Zune, with its far superior music playing software compared to the player built into Windows Mobile, people have urged Microsoft to incorporate the Zune software into a phone. That idea has spurred rumors of a Microsoft-branded phone that includes the Zune software and is targeted at consumers. The latest speculation has Microsoft CEO Steve Ballmer introducing a Zune phone at CES in Las Vegas in January.

Microsoft flat out denies that it will introduce a phone any time soon, but experts say it should.

"Microsoft's only chance is to build a phone," said Satoshi Nakajima, president of Big Canvas, an iPhone application development startup, who spent more than a decade at Microsoft. If Microsoft were to package hardware and software, much like its Xbox effort, it could better control the end result and potentially earn more revenue than it does on Windows Mobile, he said.

But Microsoft, which has historically said that it won't release its own device because it would compete with its phone manufacturer customers that use Windows Mobile, said not to count on an announcement. "Microsoft has no plans to make a phone. Our core focus has been and will continue to be providing software plus services and working with our partners to deliver great phones. Our partners have been integral in our success to date, and we are excited about the innovation we are bringing to the market together," it said in a statement.

Microsoft shouldn't let the competitive issue hold it back, some say. If Microsoft clearly differentiates its phone, which would be based on software from recently acquired Danger and incorporate the Zune and potentially Xbox gaming functions, as squarely targeted at consumers, it might convince Windows Mobile phone makers that it doesn't compete, Nakajima said.

Microsoft could further distance the new platform from Windows Mobile by spinning out a consumer focused company that includes Xbox, Zune and Danger and produces the consumer phone, Nakajima suggested.

Indeed, if Microsoft clearly defines a new phone or software platform as aimed at consumers, it can placate Windows Mobile customers, said Avi Greengart, an analyst with Current Analysis. "There's no doubt it makes sense," he said, of a Microsoft phone that combines Danger, Zune and potentially Xbox functions. "They'd have an advantage in controlling the hardware and software," he said.

But one analyst said that internal corporate political issues and larger industry realities might prevent Microsoft from building its own phone. The Zune hasn't made much of a dent in the music player market so that might not be the key to drawing more people to Microsoft mobile devices, said Jack Gold, of J. Gold Associates.

Plus, the market probably doesn't want yet another mobile phone platform to support. "Vendors today already have too many operating systems," he said. "Yet another OS to support is a tough sell."

Creating a separate mobile operating system based on Danger and incorporating other features like Zune would also be a tough sell internally at Microsoft, he said. "I don't know if at this point Microsoft internally is capable of doing that. It's a political issue within Microsoft. Unfortunately Microsoft's decision-making process when it comes to its mobile division isn't always rational," he said.

That's partly because it often appears that the Windows Mobile group has to answer to larger groups in the company that generate more revenue, like Office, Exchange and Internet Explorer, Gold noted.

The Windows Mobile group's relatively small size within the company has hampered its ability to gain traction generally, Nakajima agreed. "If they sell a Windows device to an enterprise, they get not only revenue from the OS but from Office and Exchange. They make thousands of dollars per PC. That's a huge market versus Windows Mobile where they're lucky to make $10," Nakajima said.