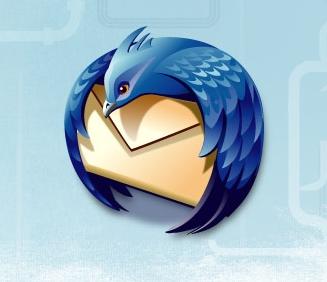 Mozilla Messaging Tuesday released the first beta for its open-source Thunderbird 3.0 e-mail client, with the company's chief executive calling the preview "far from typical" because its feature set still has not been set.

Thunderbird 3.0 Beta 1 is the first major public milestone in the 15-month history of Mozilla Messaging, which was spun from Mozilla in September 2007 after the browser maker decided it didn't want to work on the e-mail client.

The preview provides a look at the work so far on Thunderbird, which includes additions such as a tab-based interface, similar to Firefox's, and a new add-on manager, as well as improvements to the address book and the message reader view. Beta 1 also adds integration with both Windows Vista's built-in search feature, and the Address Book within Mac OS X.

"In some ways, this is a typical beta," Ascher said. "We've changed a lot of code since Thunderbird 2, and we need a lot of people to tell us if we've made any boo-boos when fixing bugs. [But] in some other ways it's far from a typical beta. In particular, unlike the traditional definition of a beta release, we're definitely not done making feature changes, including some pretty significant feature work that we expect will be integrated in Thunderbird 3 in later beta releases."

Among the not-yet-there features, Ascher said, is one dubbed "conversations" that will let users view messages in context. The feature, which hasn't been enabled for Beta 1, will let Thunderbird, through its own search engine, display related messages no matter where they are in the user's folder structure.

Thunderbird 3.0 has had a checkered history. Although work on the update started in 2007, it didn't get off the ground until Mozilla shunted the client to Mozilla Messaging. Shortly after that, a pair of long-time Thunderbird developers, the only paid programmers on the project, left.

More recently, Mozilla Messaging took the unusual step in early October to rename what would have been pegged Beta 1 as Alpha 3 instead, citing quality issues and a hesitation to strut the preview when it was in rough shape.

According to Ascher, Thunderbird 3.0 is still open to more feature ideas. "As always, we love to get ideas for interesting new capabilities we can bring to the platform," he said. "We're focusing on some of the basic capabilities we think are crucial to solving today's mail problems, such as search and message management, but it's a huge field and e-mail users are desperate for innovative ideas."

Thunderbird 3.0 Beta 1 can be downloaded in versions for Windows, Mac OS X and Linux.